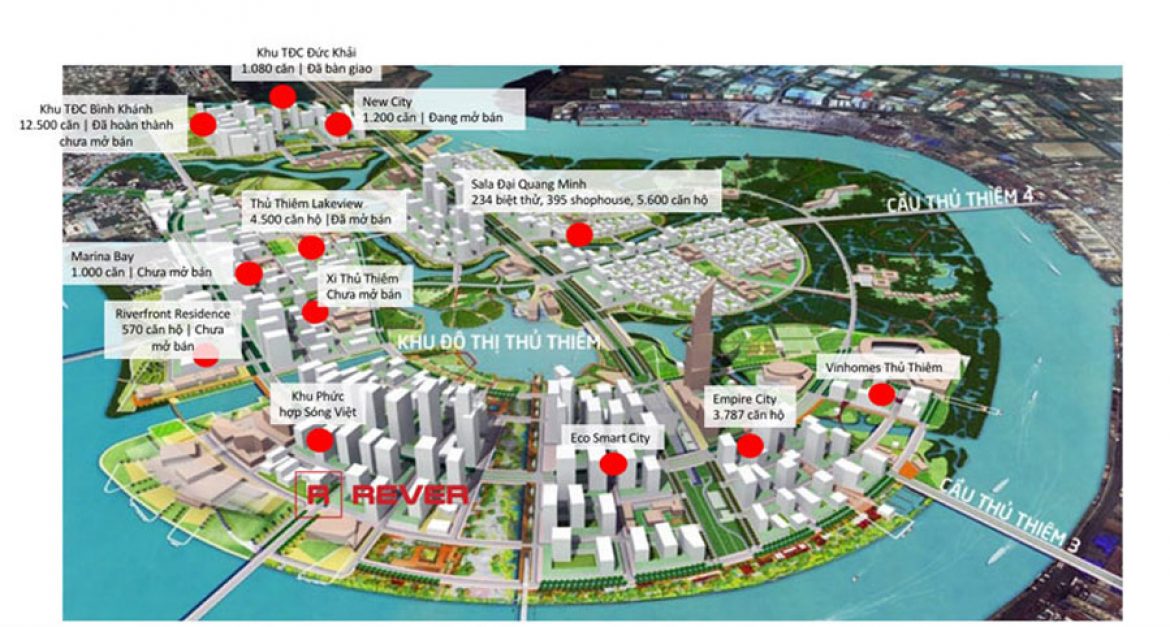 Information Realestatevietnam has grasped, the project of smart city Thu Thiem (Eco Smart City Thu Thiem) will be commenced on the occasion of September 2 this year.

This is the information agreed by Mr. Lee Kwang Young – Managing Director of Lotte Asset Development Company (Lotte Group, Korea) at the meeting on 16/4 with the leaders of HCM City People’s Committee.

According to representative of Lotte Group, Thu Thiem Eco Smart City is an important project in the central core area of ​​Thu Thiem New Urban Area so the investor will be determined to implement the project right after full implementation related legal process.

Lotte Asset Development’s CEO, Lee Kwang Young, said that Lotte’s project team is currently completing the best planning project for the Thaitiem Eco Smart City project. It is expected that by the end of April this year, Lotte will submit this plan. Lotte hopes to complete the necessary procedures to launch the Thu Thiem Smart Complex project on the occasion of the National Day of Vietnam on September 2, 2018.

It is expected that Thu Thiem Eco Smart City will have a total investment capital of VND20,100 billion, invested in the land with a total area of ​​7.45 hectares; The project area is 5,012 ha (6 lots are marked 2-1, 2-2, 2-3, 2-4, 2-5 and 2-6) to build the works. General service and multi-function residential with total floor area of ​​about 505,000 sqm, including buildings with unique architecture will be the highlight of Functional Area 2a.

Time to invest in construction project is 72 months and exploit for 50 years. The funds will be arranged by the investor.

To invest in building Thu Thiem new urban area, Ho Chi Minh City took 10 years to clear nearly all of Thu Thiem peninsula, about 15,000 households have moved to make room for this super project. The city has mobilized nearly VND 30,000 billion to pay compensation and resettlement.

According to the plan, Thu Thiem urban area is divided into 5 main areas: “central core”, northern residential area, residential area along Mai Chi Tho Avenue, eastern area and southern residential. At present, the land fund in Thu Thiem is not much when many investors quickly grow up. Let’s reverge through the names that have contributed to changing Thu Thiem’s ​​appearance:

The projects of Dai Quang Minh in Thu Thiem

Functional Area No 8, the 150-hectare delta in the south, consists of 3 small projects: ecological resort, amusement park and research area.

Functional Area 2A: Lotte area of ​​16.7 hectares will be invested by Lotte and its subsidiaries $ 2.2 billion to develop the Thinh Thinh Eco Smart City complex comprising of commercial centers, offices, hotels and apartments. The tower is 50 storeys high.

Development of the Empire City residential area at functional area 2B includes 13 apartment towers, offices, of which there is an 86-storey tower complex.

The projects of GS E & C in Thu Thiem

Being the investor of the complex of Song Viet complex with an area of ​​4.8 hectares in functional area No.1. The total investment value is up to VND 7,200 billion.