5 ancient places in the heart of the ancient town 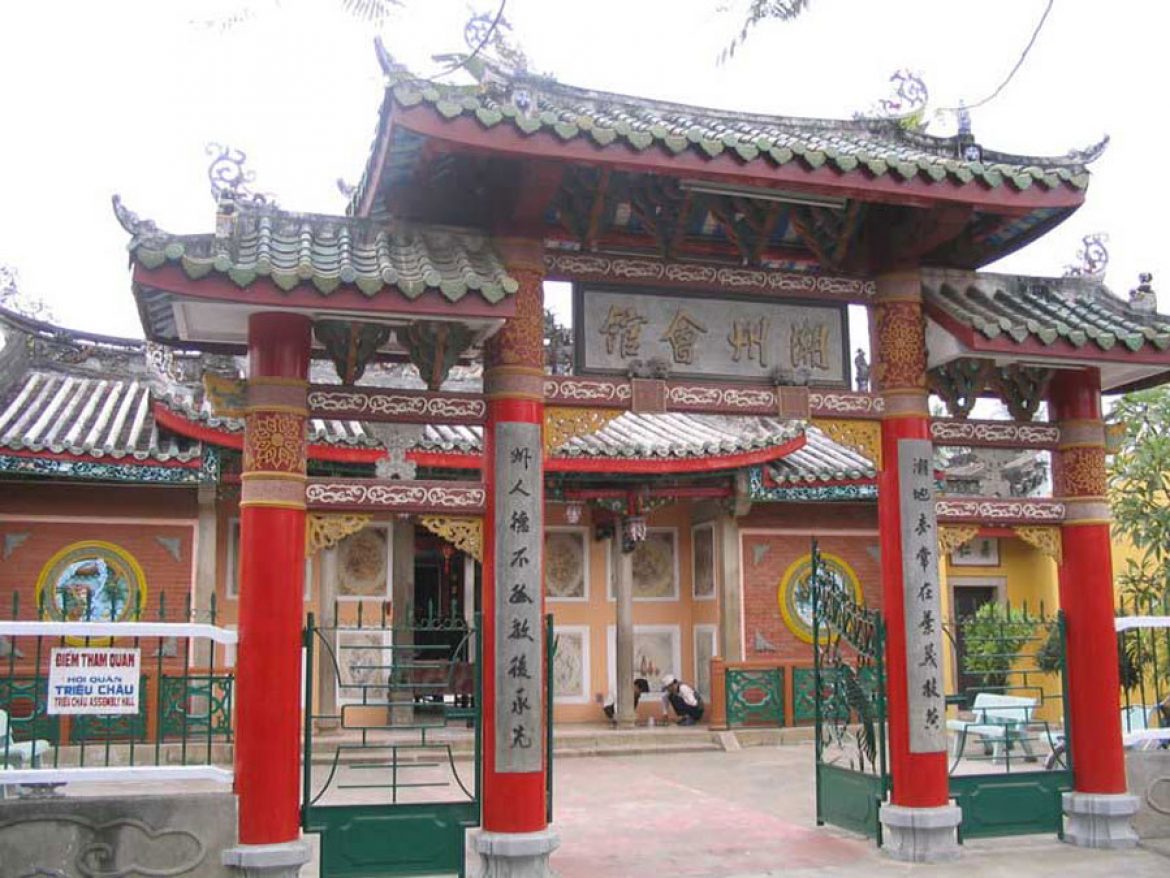 The ancient town of Hoi An was a major trading port. On the bottom of the boat is the living and working place of the majority of Chinese businessmen. Around this time, the Chinese built community halls to serve as spiritual places for the community to live in.

So far, these architectural works are still intact and bear the mark of time, contributing to the characteristics of the ancient town of Hoi An in the hearts of visitors. It takes less than an hour to visit all 5 buildings, starting from Nguyen Duy Hieu Street to Tran Phu Street – the center of Hoi An.

The Cantonment Hall, also known as Quang Trieu Hall, is located at 176 Tran Phu Street. This is a congregation of the ancient town of Hoi An, built in 1885. Originally, this place was to worship Thien Hau Holy Mother and Confucius, after 1911 was moved to Quan Cong and Tien Hien.

This house has beautiful architecture, this is a harmonious combination of wood materials, stone in. The force-bearing structure along with elaborately decorated motifs with elaborate carvings gives the work a magnificent, majestic appearance.

In the middle of the courtyard there is a large lake, embellish the dragon shape bending dangling “fisheries long”. There are still many ceramic artifacts, statues depicting cultural dramas and many records of the life of the Cantonese people in Hoi An.

Duong Thuong Restaurant, also called Ngu Bang or Chinese Restaurant, is located at 64 Tran Phu Street. It was built in 1741 with the contribution of traders from five states: Fujian, Chaozhou, Guangdong, Jiaoping, Hainan. This is the place where Thien Huu Ngu Bang is worshiped and is home to the Vietnamese compatriots in Vietnam.

Duong Thuong was built by the Chinese in Hoi An. It is designed in the style of Chinese style,. Although it has undergone many restorations, it basically retains its original original architectural style.

Inside the hamlet there are three stone steles to record the origin, or the restoration, renaming and referring to the treasure is the 500 year old iron peak. In addition, the shop also worship gods Thien Ly, Thuan Phong and sailboat models, boat models are used by the Chinese navy to trade.

Phuoc Kien is located at No. 46 Tran Phu street, which is the largest and most visited by tourists. Legend has it that the forerunner of the congregation is a small shrine with a statue of Thien Hau Thanh Mau in 1697. After many renovations, this place became more and more spacious.

The architecture here is designed in the Tam style stretching from Tran Phu to Phan Chu Trinh. In order: the turn from the gate, the yard, two blocks East West, main electricity, backyard and post-electricity.

The Hai Nam Restaurant, also known as Quynh Phuc Assembly Hall, is located at 10 Tran Phu, a Chinese diaspora of Hainan State – China contributes money and proceeds to build it in 1875. the community of Hainan and Gia Us in Hoi An.

At the assembly hall there are 108 worshiping Chinese traders – those who were wrongly mistreated by the Nguyen dynasty mistakenly thought it was the enemy’s robbery that the cannon fired down the boat. After investigating the situation, King Tu Duc has ordained them as the “Meaning of Grace” and allowed the temple to worship worship.

Hainanese Restaurant was built in the form of national-style architecture with a large scale including: electricity house, main electricity and 2 houses East and West. The main building was constructed on a relatively large scale with large columns standing on the marble base.

The temple’s sculpture is sculptured in a sophisticated manner, showing the ingenious, rich in art in traditional sculpture of the time. In particular, the temple in the middle with the scene of three activities “heaven, earth, aquarium” is carved floating and gilded very magnificent, majestic.

Assembly of the Chaozhou

The restaurant is located at 157 Nguyen Duy Hieu street, bringing in a calm, quiet appearance over time. This place was built in 1845 by the Teochew Chinese community to be a place of community activity and to worship the goddess of the imperial tyranny, helping the traveling and trafficking of the people. The sea is calm, smooth sailing.

This is one of the extremely valuable works in the architectural community in Hoi An ancient town. Wooden frames, the worship to the door system are wood carvings with engraved carvings extremely sharp.

The motifs are decorated with folk legends, folk tales or elaborately embellished porcelains on the banks of the shore, flowing. Every year, on 16th of January lunar calendar, the Assembly Hall is held a ceremony of worshiping the original and very gentle money, with the participation of a large number of Chinese people of Chinese origin in Hoi An and also residents. People in neighboring provinces like Hue, Da Nang, Quang Ngai …