Areas in the real estate market in Saigon 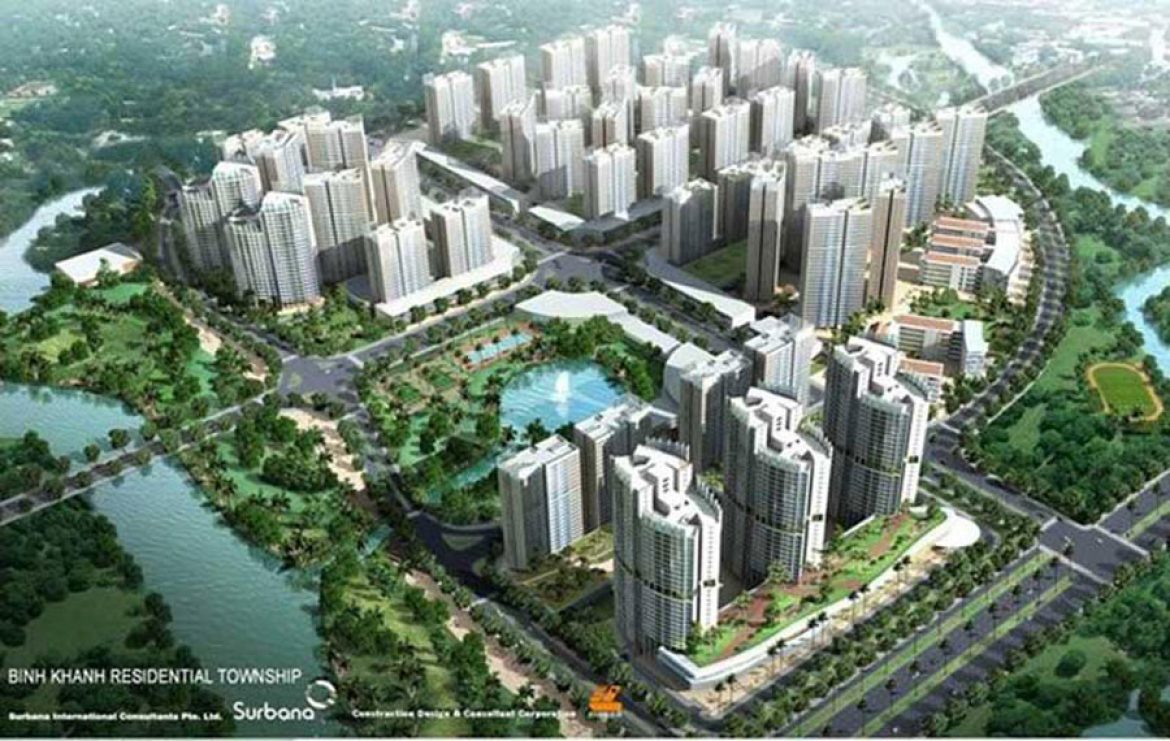 There will be signs of a rise in 2016 and continued outbreaks in the first months of 2017. The land fever on the market in Ho Chi Minh City is considered to leave big and worrying consequences.

The eastern axis of the city consists of districts 2, 9, Thu Duc. Believed to be the starting point of the past land fever. The land in these three districts has extended the price increase. There are times when prices increase to 30-50%. Then gradually progress to the threshold can not be higher than 70-100%. Even when the price is pumped up to 1.5-2 times.

In the past 4 months, land prices in the East of HCM City include districts 2, 9, Thu Duc increased 20-40%. However, if compared to the price at this time last year is not yet penetrated. The timing of 2016 and the beginning of this year, the land market has set new record prices.

The fever is said to be caused by the information infrastructure will “go ahead” in the East compared to the general situation in HCM City today. Besides the projects have been implemented as: ring road, high-speed Ho Chi Minh City – Long Thanh – Dau Giay, Metro No. 1, …

In the first months of this year, Ho Chi Minh City has continued to publish scripts for new infrastructure. These are bridges crossing Mai Chi Tho Street, two-way underground tunnel connecting Ho Chi Minh City – Long Thanh with Mai Chi Tho Street. In the last April, the Giao project connects from Mai Chi Tho street to Nam Rach Chiec residential area connecting to Ring Road 2 (at the An Phu intersection along the Long Thanh – Dau Giay expressway) was also started.

In addition, in April, the HCM City People’s Committee approved the construction of a bridge over the island of Kim Cuong. The bridge will work to connect Thanh My Loi residential area with Kim Cuong Island, to reduce congestion in the eastern gateway of the city.

From the east, the land fever quickly spread to an area that was equally hot as Saigon South. Southern urban axis of the city includes districts 7, 8, Nha Be District and a corner of Binh Chanh District.

Land base in this area starts to become unusually hot in the end of 2016. In the first four months of this year, land area in this area increased to 15-40%. But compared with the same period in 2016, that increase is not equal. Particularly, the land in Ha Be, has the fastest and most rapid increase in this area. Become the center of the South with a rate of 100-200%. In particular, there are places that have spiked up to 300% in one year.

Along with the project of Hiep Phuoc Port, there are other typical projects invested to support infrastructure for the southern part of the city. A number of new bridges are planned to be built in the next few years.

The project of building Binh Tien bridge through East-West Boulevard, Nguyen Khoai bridge project – connecting the South with the city center and the purpose of dividing the load to Kenh Te Bridge.

In addition, Thu Thiem 4 bridge has an investment of VND 5,200 billion and is expected to boost the socio-economic development of the South.

These transport projects are expected to meet the task of connecting Thu Thiem new urban areas with districts 4, 7 and urban South City. This will relieve traffic pressure in districts 7, 8 and Binh Chanh District, Nha Be.

In addition, the project extends the road from the center of HCMC to the urban axis south of Saigon through districts 4, 7 and Nha Be. The purpose of this project is to help synchronize the North – South traffic axis of the city. When completed, this route is expected to open a new traffic from the center to the south and vice versa (instead of going through the overloaded Kenh Te Bridge).

If the East and the South are the starting area of ​​land fever in the past. The sawmill area west of the city has also dramatically increased and lasted until the first half of this year.

The fever is recorded in this locality starting from the third quarter of 2016. Districts 12, Tan Phu and Binh Tan are said to be the three most transformed areas. The speed of urbanization in this area is also very fast, densely populated and has a price increase of 70-100%. Meanwhile, the districts of Hoc Mon, Cu Chi, Binh Chanh are less developed localities, also increased 2-3 times.

The land fever in the west of HCM City is said to have the most complicated developments in the city. Because these localities are less affected by new infrastructure. Instead, new reference information is the cause of the fever.

Ho Chi Minh City has also announced plans to upgrade some districts surrounding the district to consider. Promsied to gradually upgrade infrastructure for the above. This is the reason why land prices in these areas are high.

In addition, super-projects that have been introduced in the past have also become sensitive information streams that increase land prices. Specifically, the project New City and Saigon River Boulevard (connecting Cu Chi District with District 1) are the most unexpected projects to be announced.

However, accurate information is not a sustainable basis for increasing land prices. It also depends on the time and feasibility of such projects.