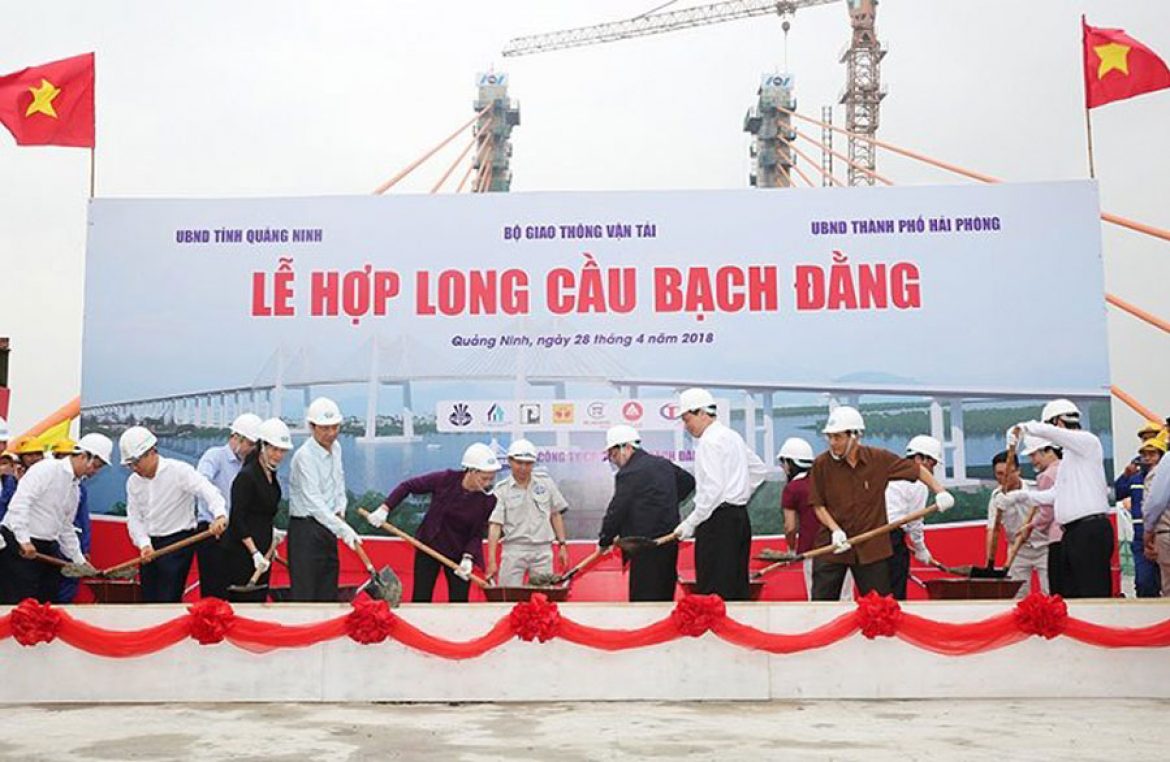 On April 28 th, Quang Ninh province celebrated the Bach Dang bridge connecting Quang Ninh with Hai Phong city. This is the second cable stayed bridge in Vietnam is made from the stage design, construction completely by engineers, workers in Vietnam.

Bach Dang bridge project, the link and the intersection of the end of the route was started construction on January 25,2015. This project is invested in the form of BOT with total investment capital of over VND 7,000 billion.

After completion, the project will contribute to the completion of the connection linking the northern economic region (Hanoi – Hai Phong – Quang Ninh); Link the dynamic urban chain; To complete the expressway along the coastal line in the northern coastal region.

In addition, the completed project will shorten the distance from Ha Noi to Quang Ninh from 175 km to 125 km by expressway, shortening half of the time from Hanoi to Quang Ninh. The length of the journey from Halong to Hai Phong has been reduced by two thirds, from 75km to 25km.

Speaking at the ceremony, Pham Minh Chinh, Member of the Politburo, Secretary of the Central Party Committee, emphasized that the integration of the Bach Dang Bridge and the Hai Phong – Ha Long – Van Don Expressway will be inaugurated linking the three major economic centers in the north, namely Hanoi, Hai Phong and Quang Ninh – the three economic growth poles of Vietnam, contributing to the economic growth of the country.

Pham Minh Chinh said that the Bach Dang bridge with a total length of 5.4 km, designed and built by Vietnam, with the most advanced technology, now reflects the wisdom of the Vietnamese.

You are reading the article Chairman of National Assembly attended the Bach Dang Bridge more than 7000 billion link Quang Ninh – Hai Phong in the Real Estate category at https://realestatevietnam.com.vn/. Any information sharing, feedback please contact through Hotline 0909890897 (24/7) or email to info@realestatevietnam.com.vn.
Special thanks!