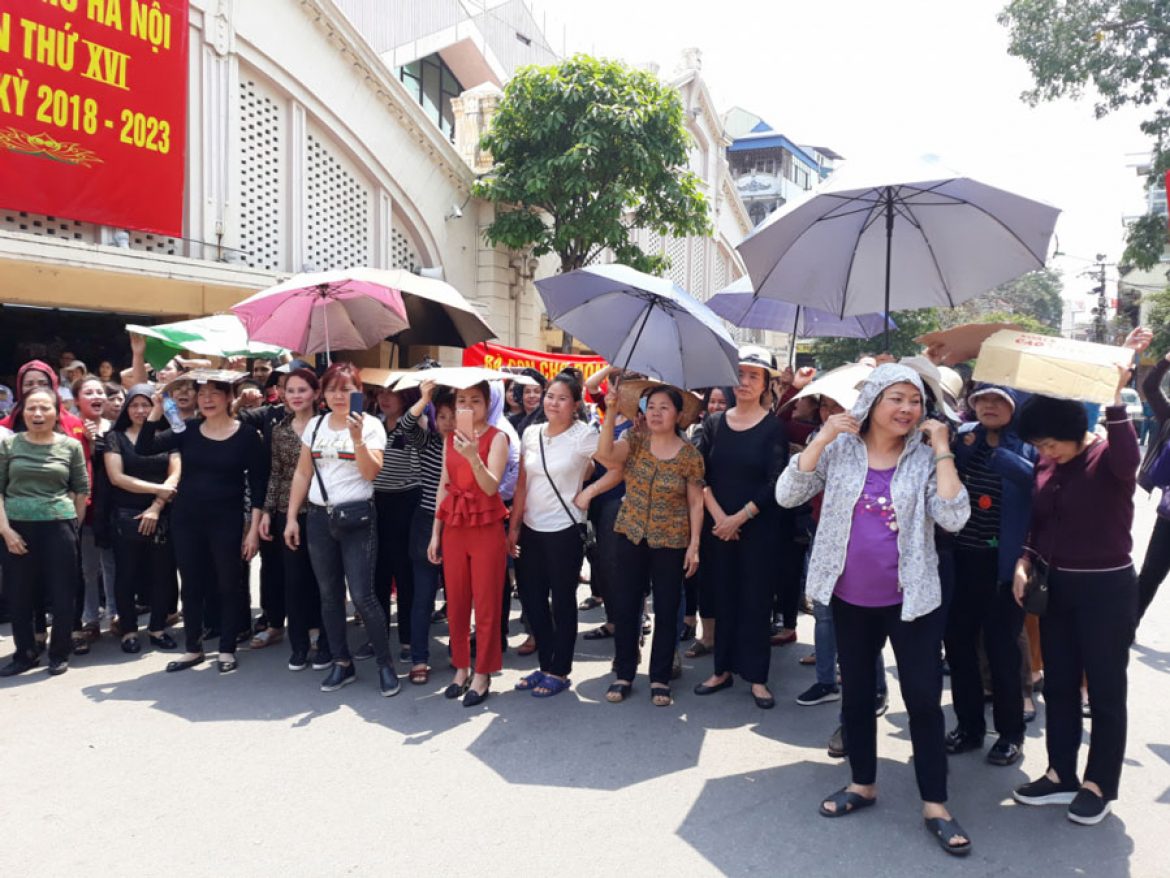 The cause of this case is that recently, the People’s Committee of Hoan Kiem district held a scientific workshop on the construction and renovation of Dong Xuan market, including the plan to build a market center. The reason for this is because the Dong Xuan market has deteriorated, lack of parking space and overload of traffic around the market.

Responding to this information, a trader in the cloth industry at Dong Xuan Market said: “We are very worried because if the new market will have to temporarily transfer other trades, the familiar will leave Ninh Hiep market (Gia Lam) to get all the goods, but also to do more “.

This merchant also expressed concern that if the renovation, construction of new Dong Xuan market, this market will be like the deserted market as the commercial center of Hang Da market, Cua Nam market.

On the same day, the People’s Committee of Hoan Kiem district informed in a written notice to the Dong Xuan minorities affirmed not to break, to build Dong Xuan market into a commercial center like Hang Da market, Cua Nam market …

Pham Tuan Long, vice chairman of the People’s Committee of Hoan Kiem District, along with the relevant units, came to the market to explain this to the market.

“However, I insist that there will be no new Dong Xuan market to build and move the small business to other places,” Long said.

According to Mr. Long, the People’s Committee of Hoan Kiem district has held talks, consulted experts and scientists to keep traditional features of the Dong Xuan market, from which to build the market better, in line with current trends.

It is known that Dong Xuan market was built in 1889, initially meeting outdoors, later built into the market with five iron frame bridge, zinc coated roofing.

The scale of the redevelopment market consists of 3 floors but still retains part of the architecture of the old market. Up to now, Dong Xuan market is still the biggest wholesale market in the North.

You are reading the article Hundreds of small traders protest against the rumors of a new Dong Xuan market in the Real Estate category at https://realestatevietnam.com.vn/. Any information sharing, feedback please contact through Hotline 0909890897 (24/7) or email to info@realestatevietnam.com.vn.
Special thanks!