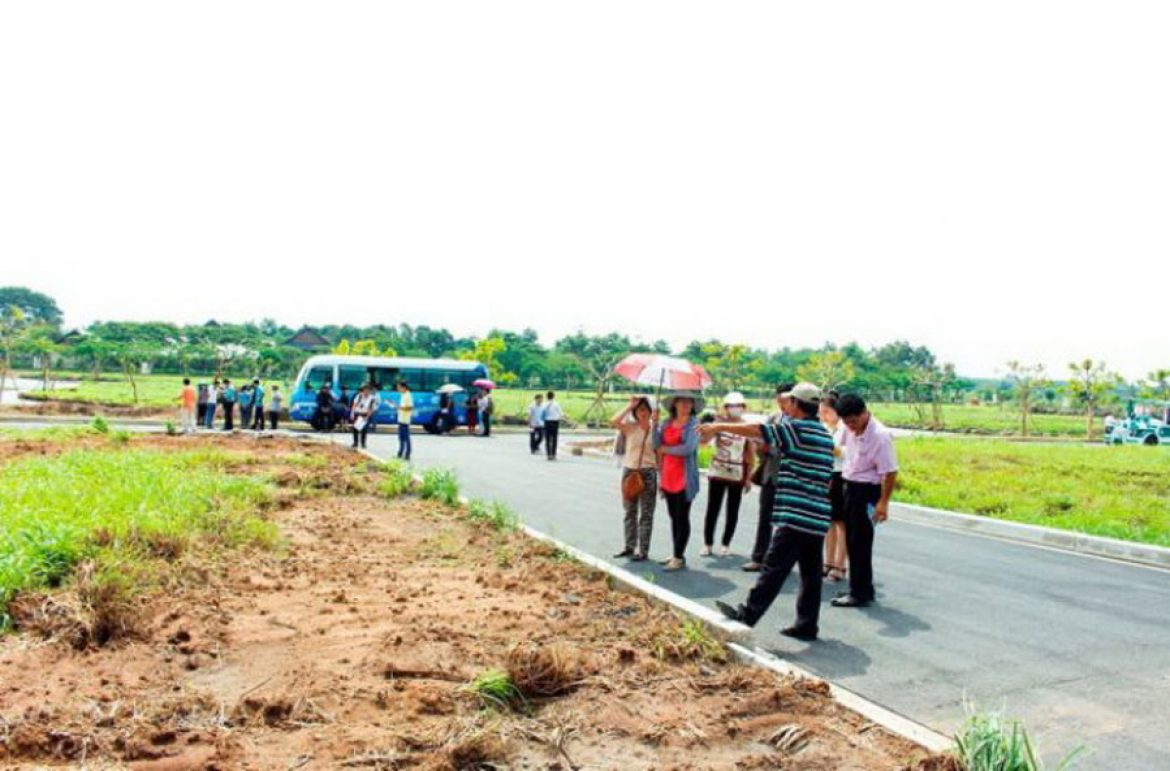 Land prices have risen sharply in almost all districts in HCM, especially the coastal area. The 2017 landmark is showing signs of repeatability and the main cause may be speculation.

In HCM City, the land in the coastal region more than half months fever and continuous price increases, most exciting are District 9, Thu Duc, Can Gio, Cu Chi. A leader in Cu Chi district said that many investors in the northern provinces of Cu Chi bought a lot of land, even buying dozens of hectares. The purpose is to welcome new projects to be launched in Cu Chi. Massive land investment has also occurred in Can Gio district, raising the price of Can Gio land by 5-7 times, with the high price of VND30 million per square meter.

District 9 is the focal point in land fever in Ho Chi Minh City. HCM. Price of land dancing continuously in the area of ​​Bung Ong Thoan street (Phu Huu ward) and then spread to neighboring areas where there are large projects of housing, social infrastructure … The land facing Nguyen Duy Trinh street Real estate trading floor for sale VND 35 million / sqm, up 40% over the same time a year ago.

In the opposite area of ​​Park Riverside – formerly marsh is currently being leveled by the investor – the road in front of the house is VND 100 million / sqm, while in the alley is VND 40 million / sqm , double the previous six months.

The land plot on Nguyen Duy Trinh Street, Truong Thanh Ward is priced at VND 1 billion with an area of ​​54sqm. In January, the land price in this area was about VND800 million

Mrs Minh, a resident of Nam Long and Phuoc Long B projects, said that some of the land next to the house last year offered more than VND1.6 billion / 90sqm  without asking any questions. soared to nearly VND3.5 billion / base.

Ms. T., a resident of Tang Nhon Phu B Ward, District 9, said that three days ago, she bought a land plot of 4x20m, had a red book, priced at VND2.4 billion, now people pay VND”200″ million but she has not sold yet.

According to the survey, the plot of land in Tang Nhon Phu B ward is not for sale new project, but mainly from the retail division. An area of ​​several hundred or several thousand square meters is divided into a ground area of ​​about 80sqm or smaller.

Particularly, Nguyen Xien Street (Long Thanh My Ward) near Go Cong Bridge land prices are increasing quite strong. The reason is that the earthen sting is blowing land near the great project V., the hospital and the new East Bus Station. Before the Lunar New Year, the price of land here is only VND1.2 billion / 56sqm plot, now the price is VND1.5 billion, the landowner decisively “not reduce to get”.

A real estate company also pledged to the PV that land prices will increase continuously, on average every 3 months increased by 15%, much higher than bank deposit interest. Since the bank deposit loss difficult, many people have turned to land investment.

Real estate expert Tran Khanh Quang said that the land phenomenon wave surfing at this time is very difficult to explain. According to Quang, some crashes in the apartment market may be one reason secondary investors turn to land plots, but that is a local phenomenon rather than mass.

The earthquake fever in Cu Chi, Can Gio, District 9 … in 2017 is due to the appearance of more virtual information on the planning, pushing investors to look for opportunities. At present, the cause is difficult to decipher.

“It’s like a fire ball passed by hand, the last one will be burned by virtual value when the land is too hot,” said Tran Thi Cam Tu, EximRS General Director. Current land price is too hot and exceeds real value. This will make it more difficult for buyers to access land.

Currently, when the land of District 9, Cu Chi is overheating, many professional investors tend to sell fast and move to other areas, where bridges are about to develop or planning projects.

Information on large land fever in TP. Vice Chairman of the People’s Committee Tran Vinh Tuyen commented that the land fever is happening in the area originating from the causes of some untruthful, inflated objects creating virtual value of real estate.

Tuyen also said that there are many objects “to hand” to increase virtual land prices as a multi-level form. In many forms of impact, the object has given the wrong information, not true, increase the price of land virtual. Therefore, the people should be very alert before the information fever, should not run under the rumors, the movement.

Mr Tuyen advised officials to be responsible for providing transparent information, contributing to the market’s sustainable development, ensuring social security so that people are not affected by bad rumors.

For example, when people want to buy land, they have a connection with the government in many forms. Through acquaintance or through the official way to learn planning in the area, planning on the land to buy, people want to see if they can catch the infrastructure to benefit or not. If the officer says it is correct, but if the officer has “personal interest” here, then obviously the information is wrong. People rushed to buy the virtual land price increase.

“We need to respect the market but must be realistic, not to let virtual information push up the price to profit and then the end result is the people, the government suffers,” said Tuyen.