This building was built in 1994 and started its operation in 1999. It is the first high rise building, symbolizing the development of Ho Chi Minh City at that time.

However, after being put into operation shortly, it falls into a damp situation, customers turn away towel pack. Then there were superstitious rumors that Thuan Kieu Plaza was “haunted”, or that it was spotted or spiked … This made Chuan Kieu seem deserted –the most mysterious in  Saigon.

By 2013, the Van Thinh Phat Group of women in possession of the property “crisis” second most Ho Chi Minh City Truong My Lan has taken over this project. As soon as received, there is information the new investor will smash the project to remake. However, not long after, the leadership of An Dong Investment Joint Stock Company (a member of Van Thinh Phat) confirmed that there would be no revulsion, but that the renovation would be carried out.

In February 2016, the Department of Construction granted permission to repair the base of the building and the owner began to repair. To date, the whole building is painted blue instead of red as before. The exterior of the building has been almost entirely refurbished since it has been degraded for nearly 20 years.

Particularly on the square of Thuan Kieu Street, from the opinion of the District 5 People’s Committee and the proposal of the Department of Planning and Investment, on 29-7, the City People’s Committee has approved the approval of district 5 was renovated, edited page this field. The capital will be in the form of socialization and is now fully funded by An Dong without the budget.

The investor said that on August 15 will officially launch commercial center in this building. There are 684 units in the three undisclosed towers that will be exploited and when will officially open for sale. 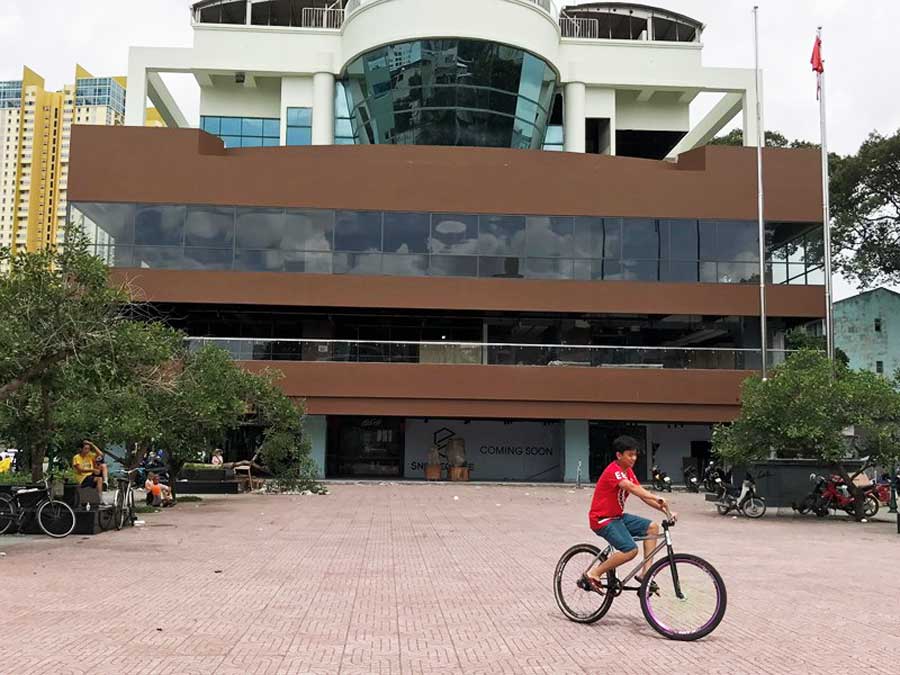 The square in front of the building is currently being renovated by Ho Chi Minh City for socialization. Representatives of An Dong company said that the ground floor area is full, and only the branded goods into the business.