People in the Mekong Delta worry about brash 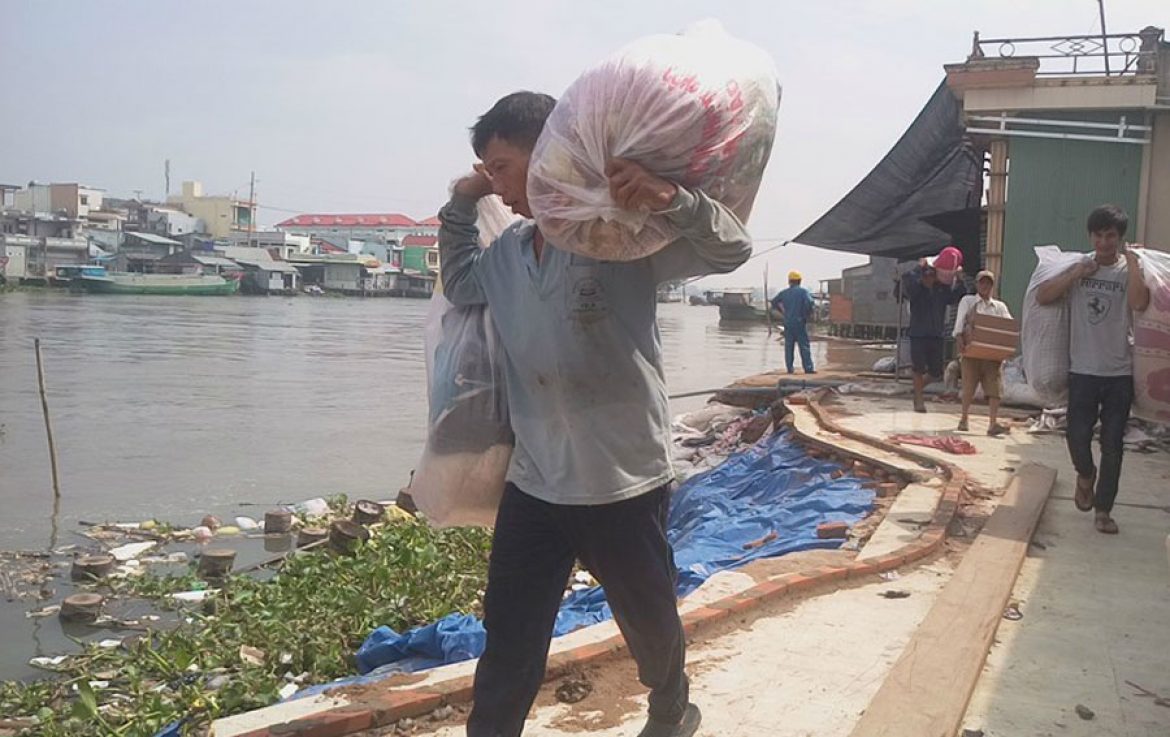 Only in early rainy season but landslides took place all over the Mekong Delta. Many houses, property of the people were swallowed by the government …

Brash points in Thoi Loi area, Thoi An ward, O Mon district, Can Tho city. Since the beginning of May, three landslides have occurred.

A place to landslide to 3 times / month

The first brash occurred on May 7th, causing a house to float down the river. Then, on May 11, this site continued brash having swallowed the road that caused many houses to be relocated, people living in anxiety anxiety.

And recently on May 21, at this position again brash, this time very serious. At dawn, the whole area became riotous in the scream of the people when witnessed the many assets that contribute to life in a moment are floating river.

“At that time, my house was preparing food for sale when I heard screams and thought it was not good, so I quickly ran out, not long after four houses fell into the river. The previous day was a brash so we moved to this house, now again. I do not know if there will be more to come here. Why should the government take measures not to fall into the scene of a run, “- said Bui Thi Nga.

“There’s nothing left. All life worked hard, store the house but now the river. The fire still houses the land left, and the brash is nothing, “- said a woman.

According to statistics of the functional sector, the area of brash is 55 m long, ingrained in the mainland about 10 m, damage is not statistically. The landslide affected a total of 34 homes, of which five houses fell into the river completely, 14 houses collapsed in part and another 15 houses were displaced.

Brash is occurring in many provinces and cities in the Mekong Delta. In some places the government had to declare disaster due to brash

Fear of fear of home can be swallowed at any time, which is the general mood of people living on the banks of Hai Quy (Thanh Phuoc Ward, Binh Minh Town, Vinh Long) because of the status of the flow continuous slides occur here.

The first brash occurred at 6:30 on May 8. 40 meters long, 4-6 meters wide, seven households have to move urgently. About a week later, the site continued to brash. It is forecasted that there will be a risk of continuing the landslide 230 m long with 50 households.

Facing this situation, the Vinh Long Provincial People’s Committee announced the disaster (level 1) due to the brash of Hai Quy Canal.

“The brash is so horrible that it can swept away the houses and property of the people here at any time,” said Vu Lam, who lives in Binh Minh town. The lives of our people are also threatened, death stalked. At that time people like to build a house near the river but now worry about running.

In Phu Loi Hamlet, Tan Phu Thanh Commune, Chau Thanh A District, Hau Giang Province, the erosion of four houses has occurred, the concrete road has collapsed and the traffic has been divided.

In order to support localities in the area to overcome brashes, Prime Minister has agreed to support VND1.5 trillion from central budget reserves in 2018.