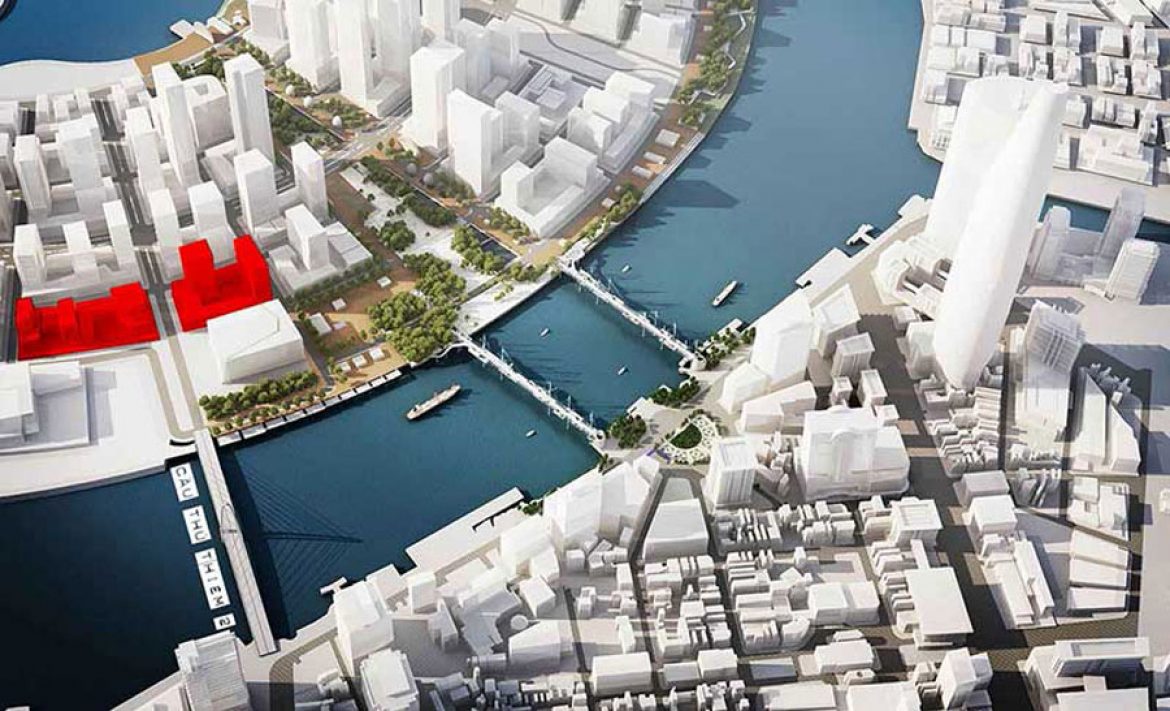 Thu Thiem urban area is expected to become the new central district of Saigon with many high-end projects and modern complexes. Potential land after years of waiting has attracted a series of “big man” and created waves of investment rushed.

Where does Thu Thiem come from?

Thu Thiem peninsula has an area of ​​657 hectares, only District 1 just across the Saigon River. In 1996, the government officially approved the planning of Thu Thiem peninsula into a new urban area with the expectation that it will be an international financial and commercial center.

The city has lost about 15,000 households for nearly 10 years and mobilized nearly 30,000 billion VND to pay for compensation and resettlement. After more than 20 years, Thu Thiem has transformed itself with a strong investment in transport infrastructure, city infrastructure as well as investment participation of many real estate corporations. Advantage of Thu Thiem is derived from:

Location is located on the east bank of the Saigon River.

For these reasons, Thu Thiem is developing into a real estate hot spot in East Saigon and attracting a large number of domestic and foreign investors with high-end projects worth billions of dollars. .

This is a real estate complex promoted by Lotte with a capital of VND20,100 billion, equivalent to nearly $ 1 billion. The project will be built in functional area 2a located in the core area of ​​the urban area of ​​Thu Thiem with a land development area of ​​about 12.55 hectares, including 12 land plots.

The scale of the project is composed of financial, commercial, general services and multi-purpose residential areas on an area of ​​approximately 5.12 hectares. In addition, the investor has completed 4 road sections and technical infrastructure system outside the complex. As planned, the investor will invest in the project within 72 months, exploited in 50 years.

This is one of the largest scale projects in Thu Thiem by investor Dai Quang Minh. The project scale is about 106 hectares located on Mai Chi Tho and North South roads, functional areas 5 and 6 Thu Thiem new urban area. To get the land, the investor has spent VND8.265 trillion to make 4 main roads in Thu Thiem and 3,082 billion to make the Thu Thiem 2 bridge in the form of a BT contract.

The project includes apartments, villas, commercial buildings, mansions and utility buildings … From April 2014, the investor has begun to build low-rise residential area, expected stage 2015 – 2018 will complete 4 arterial roads and Thu Thiem bridge 2. By 2020, the urban area of ​​Sala will form.

This is the work of the Joint Venture City Limited with total investment capital of $ 1.2 billion (about VND26,000 billion). The project has a size of 15 hectares with restaurants, hotels, houses and shopping centers and the highlight is the tallest tower in Vietnam up to 86 floors. The investor is expected to complete the project by 2022.

The project of the investor of Loc Phat Joint Stock Company with the total investment of VND7,300 billion. Project size is about 75.965sqm, including 4 plots along the Saigon River. Investors have deposited VND100 billion and paid land use fees of VND2,000 billion for 4 plots of land.

In addition to these 4 projects, there are other potential projects such as:

– CII’s nearly half a billion project: The investor has received about 90,000 m2 of land for construction of housing and long-term use, and 6,000 sqm of land for office building for 50 years. Estimated total investment is $400 million.

– US $ 4 billion project of IPP Group and US partner: a complex of 70 floors with all types.

It is known that 71% of land lot in Thu Thiem has been officially approved. The owners here are still major giants. In the future, Thu Thiem’s ​​”pie” will also attract many other billion projects, contributing to the new look in the area is expected to Hong Kong of Vietnam.