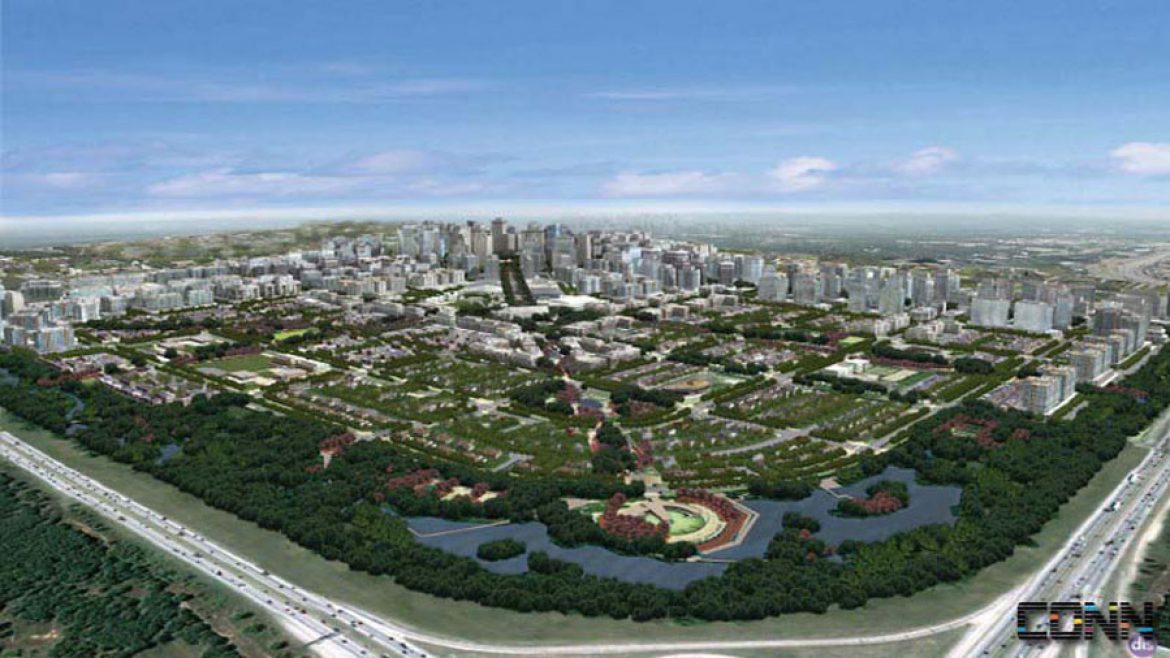 Many large-scale real estate projects have been announced and launched by investors. Helping bds market south of Saigon become more bustling than ever.

The infrastructure is the fulcrum of the investment projects

Laying the foundation for the development of the southern real estate market alongside Phu My Hung urban area has been completed. The system is more complete infrastructure than other districts in the area of ​​Ho Chi Minh City.

According to many experts, the infrastructure is also a good reason to help real estate in Saigon South increased value. That attracted the attention of investors both dometic and foreigner.

From the end of 2016, the city government has in turn announced a series of large scale infrastructure projects. Contributing to reducing traffic congestion in the South is increasingly crowded.

In recent years, new routes such as Nguyen Van Linh Boulevard, Phu My Bridge, Tan Thuan 2 Bridge, Nguyen Huu Tho Street, Kenh Te Bridge, Nguyen Van Cu Street, etc. It can easily connect to the city center as well as to the East.

It can be mentioned as Nguyen Khoai bridge over Tu canal connecting District 7 with District 4. Expected to be started in 2017 and completed after 18 months. Rach Dia Bridge 1 on Le Van Luong street connecting Hoa Binh with District 7 has also been started this year. Thu Thiem4  bridge connects District 7 with Thu Thiem new urban area (District 2). The total investment of these projects is expected to reach more than $ 5 billion.

In particular, Nguyen Huu Tho – Nguyen Van Linh intersection will be invested to expand and build underground tunnels. To open Nguyen Huu Tho road of 60 meters in width to help the transportation vehicles move smoothly along the North-South and East-West axes.

In addition, Ho Chi Minh City has planned the metro route 4 connecting Saigon South with the city center. Monorail No. 2 and BRT No. 2 connect the South with the East running along Nguyen Van Linh Boulevard.

With advantages from the infrastructure and facilities available, Saigon South will be like a magnet to attract real estate investors.

A series of large-scale projects worth billions of dollars have been invested by investors in the South opening up many attractive opportunities for local people as well as investors.

In addition to Phu My Hung has long been, most of the big names in the real estate market such as Novaland, Nam Long, Phat Dat, Sacomreal, Van Thinh Phat, Hung Thinh, Dat Xanh … are present to deploy the project. in this area.

Noticeably, in the middle of May, Tai Nguyen Company officially kicked off the Kenton Node complex (formerly Kenton Residence). After several banks committed to invest more than VND1,500 billion .

In addition, on this occasion Resources also launched the project Ever Green high-class residential area of ​​7.4 ha.

Previously, Van Thinh Phat Group invested $ 6 billion to develop the Saigon Peninsula project on an area of ​​117 hectares in District 7.

Phu My Hung company is also not less than when the first cooperation with three partners from Japan. To launch the project of high-end Phu My Hung Midtown complex in Nam Vien district.

Recently, leaders of Nam Long Investment Joint Stock Company revealed: Right this year, the company will launch the project of Mizuki Park located on Nguyen Van Linh Avenue. The project will be up to 26 hectares. With a favorable location and planned, designed according to the city model of utility, resort style,

Nam Long expects Mizuki Park will meet the needs of successful residential customers who want to have a high level of convenience in the area. It has security and is close to the natural environment.

“Currently the South is the place to attract a large number of customers, overseas Vietnamese and foreigners prefer to choose to settle. As well as investment, by the level has been recognized. With the breakthrough of the infrastructure system, the coming time of South Saigon real estate market will surely continue to maintain the pace of development, “the representative of Nam Long shares.