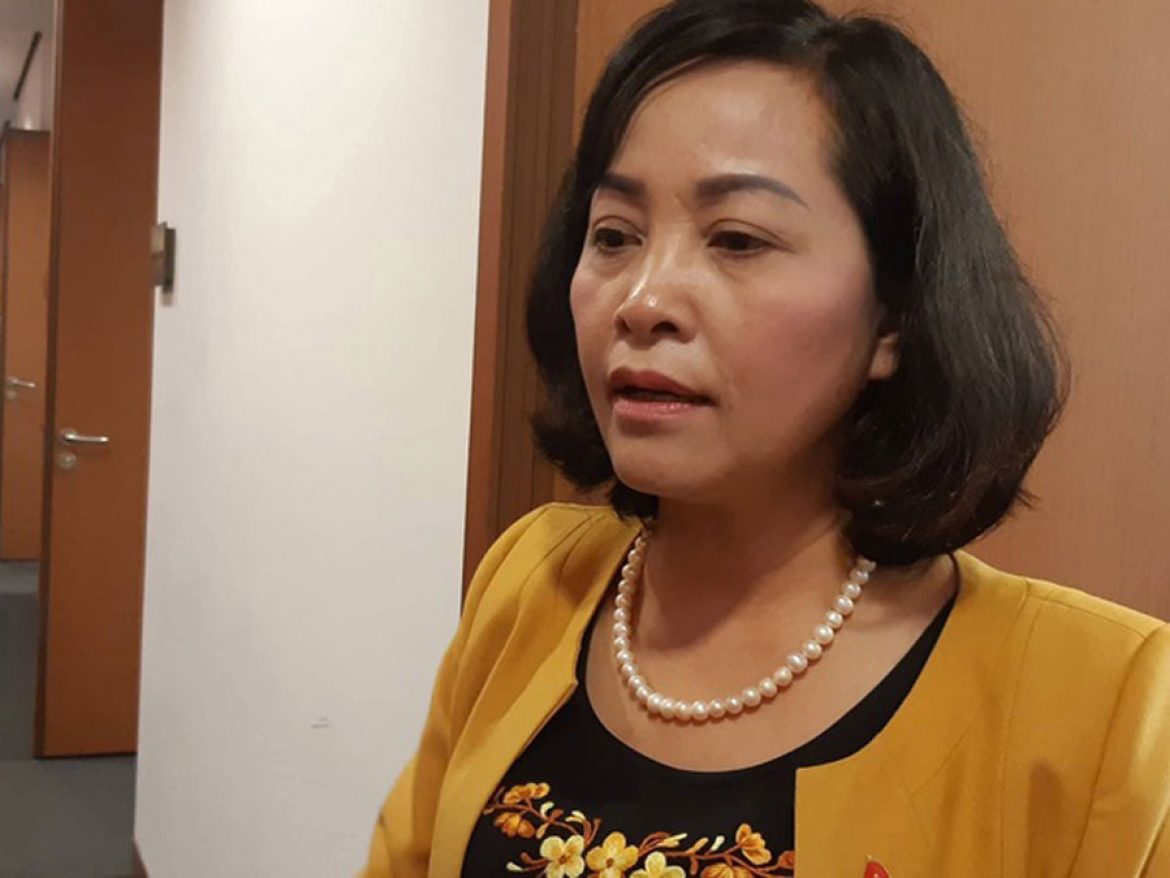 Secretary of Ninh Binh provincial Party Committee Nguyen Thi Thanh said that the project of dredging and preserving Sao Khe River landscape adjusted the total investment up 36 times from VND72 billion to VND2,595 billion, and due to the mechanism that made the project “bloom” gradually.

State audit report released by the State Auditor General Ho Duc Phuc at the National Assembly on 21 May mentions a large-scale adjustment of the project including dredging, embankment construction, conservation of Sa Khe river, Ninh Binh province. This project has adjusted total investment up 36 times (from VND72 billion to VND2.595 billion).

Nguyen Binh Thanh, Secretary of the Ninh Binh Provincial Party Committee, said that the initial project was small, but when it was rebuilt, Covering, relocation arrangements should lead to capital formation. The main reason is that the survey is not thorough.

“The fault here is the mechanism story. Initially, the project was not suitable for small projects, but when it was approved, it was requested to be adjusted, so it was “blooming” gradually.

“From such a rule, the owner sees what he is capable of. When implemented, the practice requires that. Of course, the owner has the main responsibility. Agencies also have related responsibilities, “Thanh said.

Ms. Thanh also stated that the new Public Investment Law has changed, stipulating that the project must appraise and identify capital from the beginning to overcome the above. However, according to Mrs. Thanh, there are still inadequacies that large projects, which are not available, appear new difficulties, between the size and capital again varied. According to her, this is the reason for the slow disbursement.

“So to solve the whole story is very difficult when the budget pie is small. So, in my opinion, the project must be classified, according to which projects in public investment, in the plan have determined the time, the capital evaluation for the project to complete, not prolonged. At the same time, some urgent and urgent cases need not be appraised, “Secretary of Ninh Binh provincial Party Committee said.

Answering the question of whether an emergency project is “running”, Nguyen Thi Thanh said: “It requires fairness, objectivity and justice. Just ask the owner, decide and take full responsibility for the project. “

“For example, let the provincial president determine whether the project is urgent or urgent and that he is responsible for this decision is resolved.

If the right to control without responsibility, then naturally will be negative, not urgent urgent, the concept of replacement, not urgent imperative for people to enjoy the mechanism. The authority to deal with the responsibility is solved, including the total investment, the quality of the work, the progress, “Ms.Thanh said.

You are reading the article Sao Khe project from VND72 billion ‘bloom’ to nearly VND2,600 billion: What did Secretary Ninh Binh say? in the Real Estate category at https://realestatevietnam.com.vn/. Any information sharing, feedback please contact through Hotline 0909890897 (24/7) or email to info@realestatevietnam.com.vn.
Special thanks!