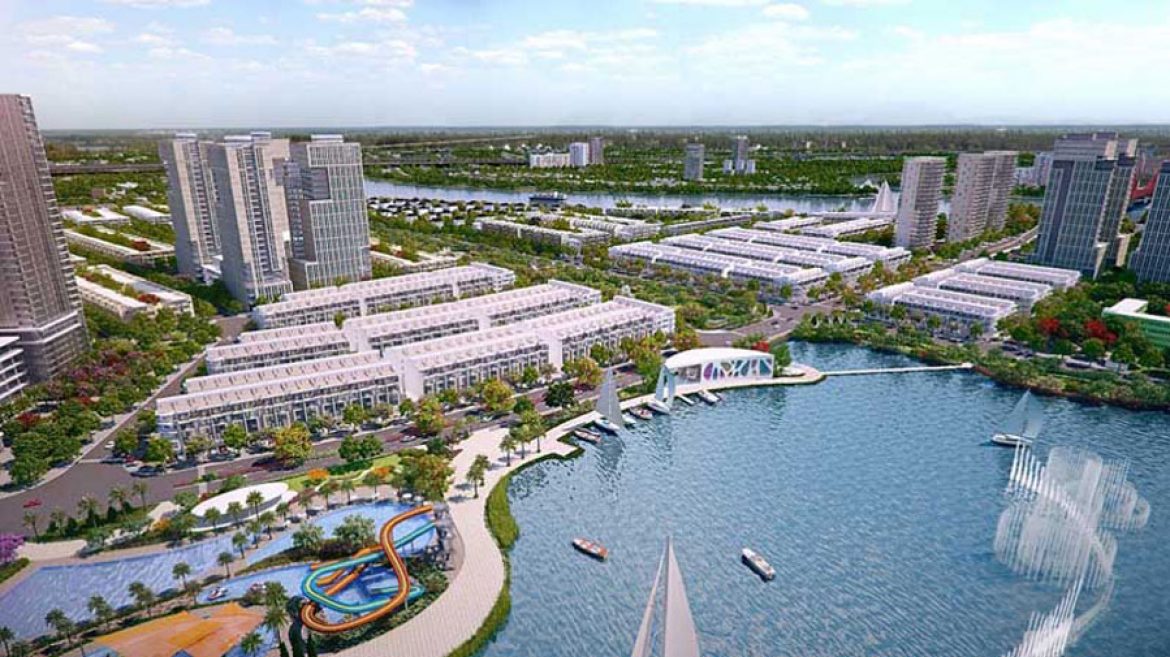 Not only that, with the official clearance of the highway Long Thanh – Dau Giay has created favorable conditions for all residents of the time traveling to the Eastern provinces. Not only that, when the Ben Thanh-Suoi Tien railway line is put into operation, the value of apartments in Gem Riverside District 2 will certainly increase in the near future.

With an extremely favorable location that Gem Riverside Apartment District 2 has, it has brought a lot of convenience and utility outside the area for all residents. Especially, it is extremely easy to link the area from the project to neighboring districts. As follows:

Gem Riverside District 2 is only about 3km from the center of District 1, which means that it takes about 5-10 cars to reach District 1.

The project is only 7km from Phu My Hung urban area.

The project of the Vista, Parkson, Metro District 2 is only about 3.3km.

Gem Riverside District 2 is only a few minutes walk from the district hospital.

Gem Riverside Apartment District 2 is also right next to the high-tech zone, which will be convenient for customers who are engineers, workers … nearby.

Especially, the Gem Riverside apartment building in District 2 is also adjacent to many international schools such as British International School, Australia, America, Germany … So you can fully feel secure in the environment. your child’s education.

What is the location of Himlam Binh An project in District 2?

Being planned with a total area of ​​117ha, Himlam Binh An project is also one of the projects in the high-end segment located in district 2, operated by two international units operating and developing the project. Project.

What is the link of Himlam Binh An project to other areas?

With the favorable location Himlam Binh An has, it also brings a lot of convenient transportation and facilities out of the area for residents. Detail:

From Himlam Binh An, you are just a few steps away from the highway and to the city center.

From the project to Mai Chi Tho Avenue takes about 2 minutes.

It takes about 4 minutes to reach the Sala metropolis.

8 minutes to Metro An Phu.

Or 10 minutes to the center of Saigon.

This is a comparison between the two projects Gem Riverside and Himlam Binh An. We hope to help you in the process of finding your dream apartment.