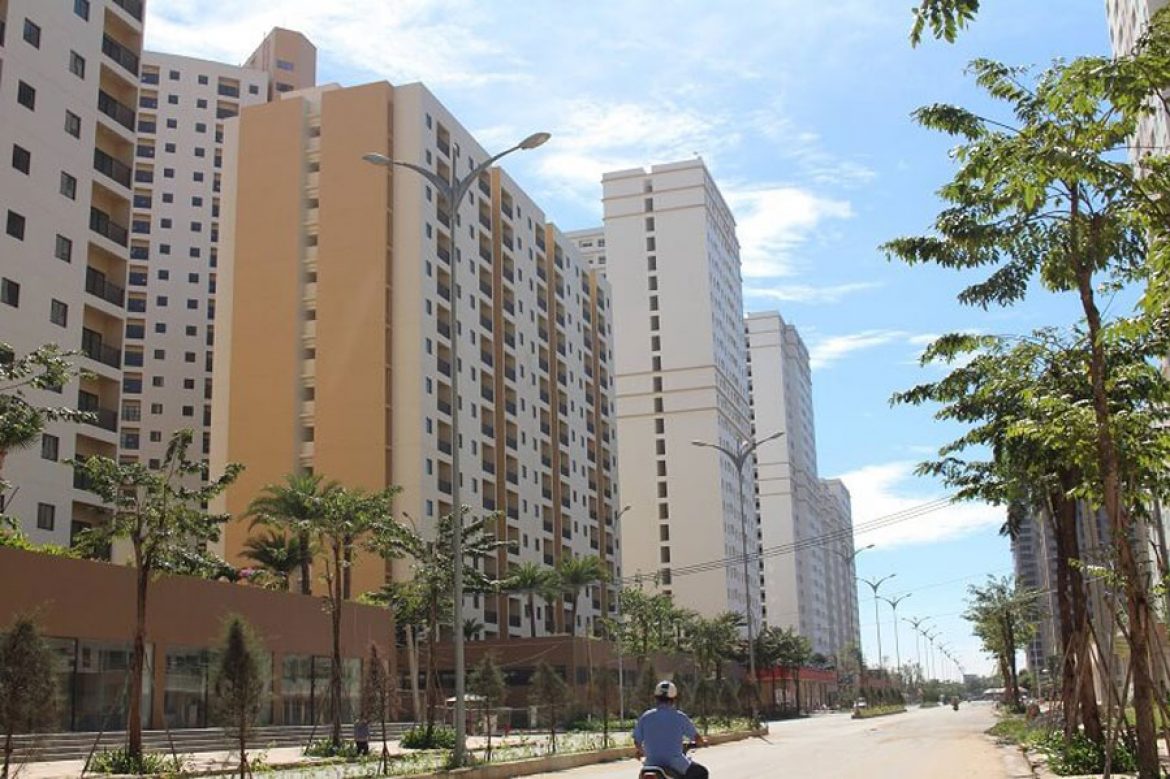 Fire Prevention and Fighting Police HCM has announced 8 apartment not tested or accepted fire protection system, but put into operation, put people in. Many apartment buildings have been reminded many times but not overcome.

Green Building 8 Apartment (Nam Hoa Street, Phuoc Long A Ward, District 9) is invested by Construction and Investment Joint Stock Company No.8. The project has 2 blocks with 20 floors. According to the people here, only a few apartments on the floor have no people, but most people have moved to live in a few years. One of the residents said that there had been a fire extinguishers rehearsal before, but listening to the information about the fire protection system was not so technical.

According to the authorities, the actual inspection shows that the project has not been approved for firefighting, in which fire alarm system and fire hydrant system are not connected. According to the reporter (PV), the fire water pipes here are very few, only a few pillars in front of the fence of the apartment but covered by grass.

However, according to fire police, the owner has no goodwill to cooperate to overcome, take advantage of the people have put in the house to cause difficulties for state management agencies.

Another apartment in the category of non-acceptance firefighting is owned by Investment and Construction Joint Stock Company No.8 as Bac Binh apartment building, Binh Thanh district, with two floors and 57 apartments. Since 2012, people have come in, so far after many inspections, sanctions, but investors have not overcome the safety of fire.

The most typical example is the Bay Hien Towers (9 Pham Phu Thu, Tan Binh Dist.) Invested by Long Hung Phat Company with the size of 24 floors. This is the apartment not yet accepted firewood but still “pull” people into. Local authorities have forcibly forced people to move out. But a while later, the people were re-introduced.

The construction status makes the air here quite stuffy. However, in this project, from the 7th to the 19th floor, the investor has put the household in 72 apartments.

According to the authorities, Bay Hien Towers apartment construction not in accordance with the approved design documents on fire prevention and firefighting, emergency exit and fire prevention systems and firefighting systems. basement fire alarm system, gas alarm system CO. In addition, the owner also violates the construction density and the investor does not cooperate with the authorities to overcome the violations.

In the apartment has just announced the problem of fire, some apartments are located in crowded residential area, busy trading under, such as apartment G Hung Vuong on the extended Tan Da (Ward 11, District 5, this apartment has 1 basement and 11 floors, with 206 apartments.

The investor is People’s Committee of District 5. The works have not been accepted for fire protection because of not fully installed fire protection system, there are many faults to overcome, such as fire alarm system, automatic fire fighting basement, ventilation system , smoke absorbing.

According to fire police, the cost to complete the system of fire protection in Apartment Lot G exceeds the budget so District 5 People’s Committee has not implemented.

Meanwhile, City Gate Tower (District 8), the investor is Hung Thanh Construction Trading Service Co., Ltd (belonging to Nam Bay Bay Joint Stock Company – investor of Carina project, District 8). The project consists of 29 floors, including 2 basements and 1,092 apartments, which have put into operation 714 apartments. This work is not guaranteed according to the design dossier which has been inspected for architectural related fire protection and fire fighting system so it is not eligible to accept fire protection.

Mr Hung, a resident, said: “After the incident in the apartment Carina on the opposite side, the residents here haunt every look at it and now hear the fire system is not eligible for acceptance. , making people anxious.

A series of other projects are also “point of view” as Vien Ngoc Phuong Nam, District 8, investor is An Dien Construction Investment Joint Stock Company with 25 floors, including mezzanine, basement and Ground floor with 216 apartments. This apartment has been put into operation since 2016, handing over 128 of 216 apartments to residents, while not accepting fire protection system.

The reason is not accepted firefighting is the construction unit to cancel construction and acceptance fire protection. Ngoc Khanh building in Ward 1, District 5 has 2 basements and 18 floors; The investor is Kim Hoan My Trading Service Co., Ltd. By the end of 2017, the investor has handed over 28 apartments to the residents. This apartment has been completely installed fire protection system from 1st to 16th floor.

HCM City People’s Committee Chairman Nguyen Thanh Phong said that many investors do not carry out the responsibility of fire protection, not strictly enforce the conditions and ensure the responsibility of the management of apartment buildings is not high. It should strictly sanction the investors, units who are responsible, ignored in the fire prevention. Another leader of TP. HCM also confirmed that will review, coerce the apartment not accepted fire protection. If necessary, it will be recommended to file a prosecution case.

You are reading the article With a series of buildings used for many years but not accepted fire protection system in the Real Estate category at https://realestatevietnam.com.vn/. Any information sharing, feedback please contact through Hotline 0909890897 (24/7) or email to info@realestatevietnam.com.vn.
Special thanks!