Hanoi has announced a list of seven investors registered to invest in urban railway projects in the capital. Of which, there are 5 domestic investors and 2 foreign investors. 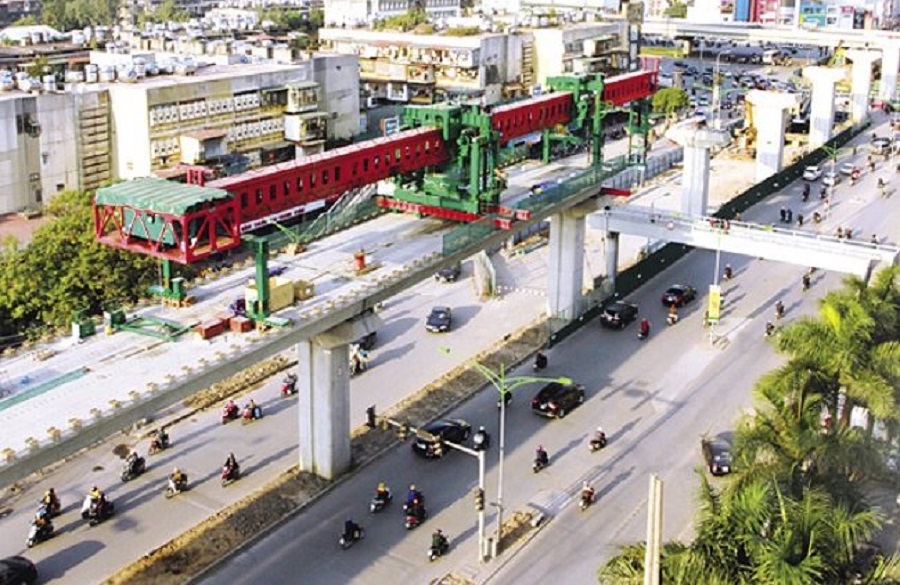 Seven investors have registered to invest in Hanoi urban railway

The two foreign investors are Lotte (Korea) and Mosmetrotroy (Russia).

On the allocation of capital for implementing the project, the Hanoi People’s Committee proposed the Prime Minister to prioritize the allocation of ODA capital to implement projects with investment plans in the period 2017-2020, 2020-2025 and subsequent years.

The second proposed by Hanoi is the priority for line 2 and line 3 with a total investment of $ 2,344 billion. At present, the Government of Japan and the Asian Development Bank (ADB) and some other donors are interested and willing to sponsor these two projects.

With the investment plan in the form of public-private partnerships (PPPs), the selected enterprises will invest capital for the preparation of pre-feasibility and feasibility study dossiers, hiring consultants to compile project dossiers , clearance, excavation and construction of tunnels, terminals, construction of overhead roads, depots and rails.

The People’s Committee of Ha Noi will invest in the remaining items such as locomotives, carriages, operating equipment, safety, control systems, operation management and uniform exploitation throughout the system.

In order to implement the projects, Ha Noi City requested the Government to report to the National Assembly delegation to the Government and the Prime Minister to decide on the policy of investment in projects to build Hanoi urban railway. For the two lines proposed by ODA, the Government is instructing the ministries to call for ODA from the donors.

For the remaining urban railway lines, the City People’s Committee shall assume the prime responsibility for, and coordinate with the Ministry of Communications and Transport, the Ministry of Finance and the Ministry of Construction in, selecting and reporting to the Prime Minister for decision on appointment of investors. Project implementation in the form of PPP (BT contract to exchange land for infrastructure), right from the stage of making pre-feasibility study, feasibility study, hiring consultants for project dossiers, equal…

The city will focus on guiding selected investors to finalize the pre-feasibility report submitted to the Government by August 30, 2017, which is expected to be submitted to the National Assembly at the end of 2017.

Hanoi also proposed the Prime Minister in the immediate future to allow investors to build line 2, line 5, line 3. The proposed capital mobilization plan proposed by Hanoi is to call for ODA, books to make counterpart funds for implementing these two projects.

Thousands of hectares of land for urban railways

The Hanoi People’s Committee proposes to add 6,000 ha of land in the 2011-2020 land use planning, with a total land use value of around VND300,000 billion, to make a counterpart fund for investors and auctions. Land use rights in the implementation of projects for the construction of transport works in the form of public PPP partners, including urban railway projects.

In addition, the People’s Committee of Hanoi also proposed that the city government receive the financial mechanism that is rewarded for over-collection and return to the city corresponding to the entire central budget increase in the area. Hanoi is also allowed to use the entire equitisation capital 2016-2020, or about VND22,500 billion for urban rail and transport projects.