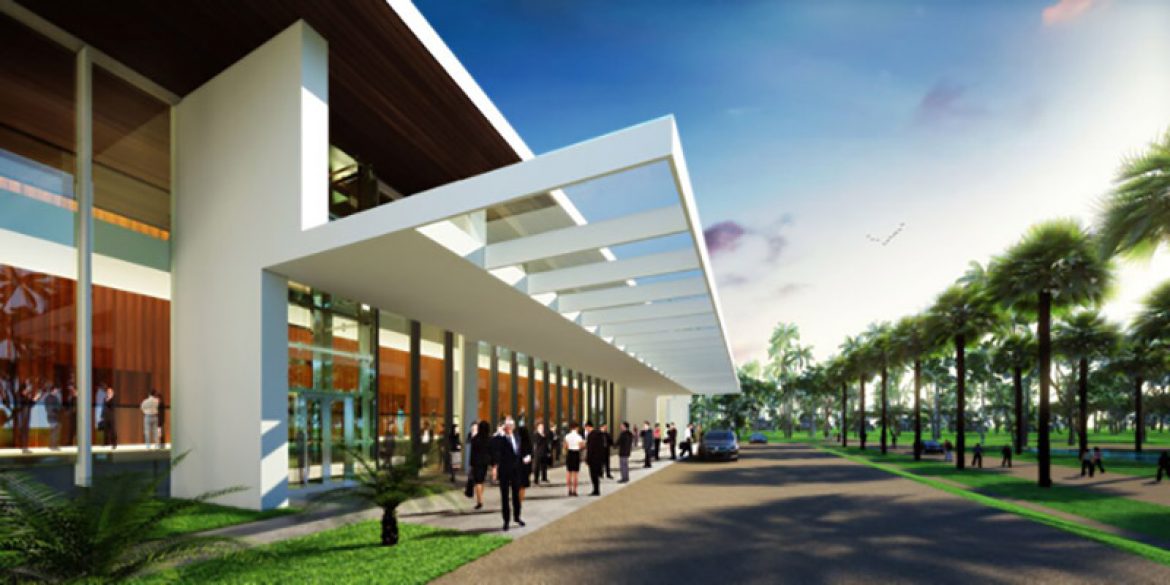 The government has poured money into Da Nang to renovate and upgrade the key projects bringing a whole new look to the city. As a result, the investment cash flow also flows into the real estate market Da Nang more than usual.

In time for the APEC 2017 conference, a series of key projects in Da Nang city has entered the race to speed up the pace of further to put into operation.

In addition, some other works such as upgrading the Exhibition Center; upgrading Da Nang International Airport and constructing an international terminal; Han River tunnel project; Renovation of Tien Son Sport Palace … All are urgently deployed.

On the tourist route “5 stars” connecting Da Nang with Hoi An is Hoang Sa – Vo Nguyen Giap – Truong Sa. There are many high-end resorts deployed and rushed to meet the large number of tourists will come in and after APEC.APEC 2017 not only contributes to promote and affirm the image of Da Nang on international travel but also attracts millions of visitors and receives huge investment inflows, in order to stimulate demand for this beautiful coastal city infrastructure. Accordingly, the real estate market in Da Nang proved the strong development of the market, accompanied by the fever of price increases.

Most prominently, is the complex of travel and entertainment Cocobay Empire Group. In addition, the corporation has just released 100 condotel apartments from Naman Garden project in Naman Retreat 5 star luxury resort.

Not to scale as a regular point of emphasis, Naman Garden more emphasis on a class space and professional services. Naman Garden is also operated by Naman Hospitality – the world-renowned professional hotel management promising to bring Naman Retreat to new heights.

The Empire Group also pledged a minimum profit of 10% per annum for the first 10 years. By the 11th year to the 20th year, 80% of the profit from the business will be distributed to the owner. In addition, the owner also receives 15 free nights and is redeemed at all other resorts nationwide that the same system.

Naman Garden in Naman Retreat is one of the two resorts with the highest room rates in Da Nang. But throughout the room filling up always over 70%. These are the most important numbers to ensure the profits are committed to the owner and the customer.

General assessment of the real estate in the Danang market.

The retail space is quiet, lacking Grade A office space, the supply of hotel apartments has increased sharply. These are the comments from Savills on the real estate market in Da Nang to this point of 2017.

According to Savills, in the fourth quarter of 2016, total retail space in Da Nang reached 186,000 square meters, up 5.4 percent quarter-on-quarter and 10.7 percent year on year. Due to the market return of the largest shopping center in the city-Nguyen Kim after three consecutive quarters to close the repair process.

Average rents on the first floor fell 7.9% quarter-on-quarter and 4.2% year on year. Meanwhile, the average occupancy rate has also declined. The decline was 2.2% quarterly and 1.7% year on year.

In 2017, retail space segment is expected to receive about 14,500 m2. Representatives of Savills said the market for this year’s retail property market in Da Nang has declined significantly compared to last year.

The supply of office in Da Nang is currently under unofficial statistics is 85,000m2, from 24 projects. Discounted 2% per year due to a large project, about 1,000m2 did not enter the market on time. Average office rental occupancy was 93%, up 7% over the previous year while rents fell by 9%.

The segmental office supply has high growth. So some buildings have reduced the rent by 30% to attract tenants due to the large supply.

Meanwhile, the supply of office segment (A) is declining. It is forecasted that this year’s infrastructure will be greatly improved for APEC. This will boost the demand for office space in the near future.

The event of APEC 2017 will help the sales of hotel apartments market increase and investment activities will be further promoted.