Taking advantage of the apartment fire “blow up” ground land 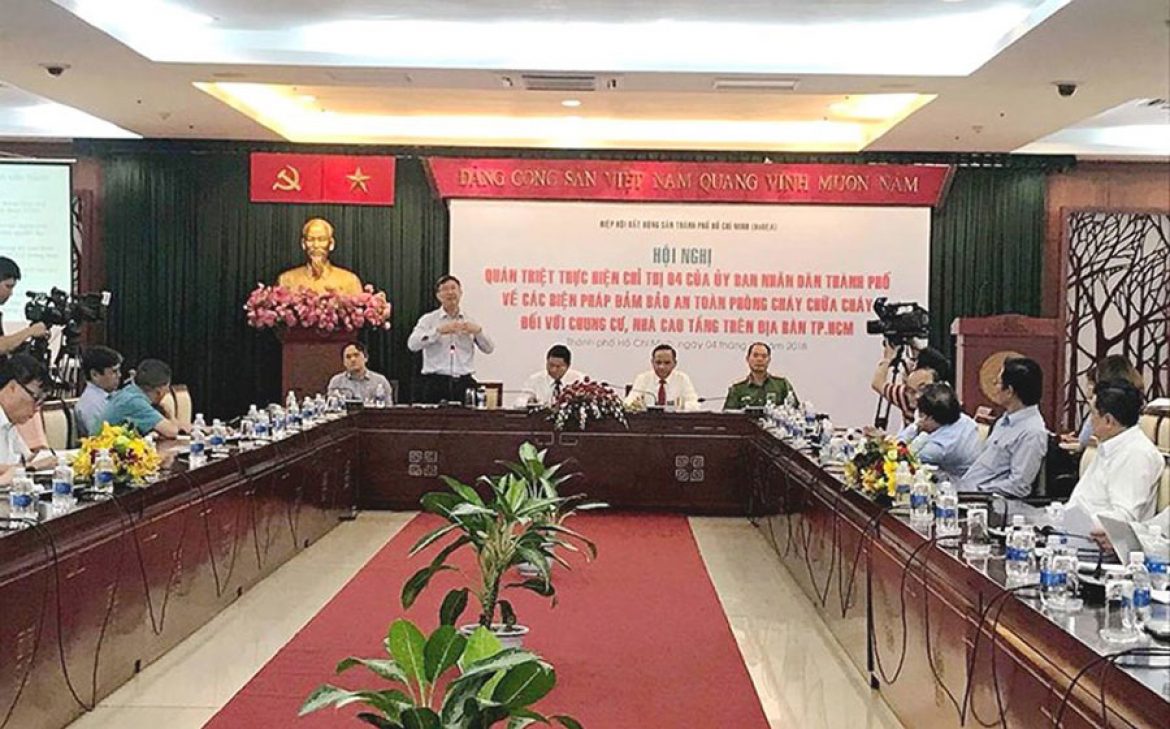 On April 4, at the Seminar on the implementation of measures to ensure fire safety for apartment buildings in Ho Chi Minh City, Le Hoang Chau, Chairman of the Association of Real Estate. Ho Chi Minh City (HoREA) said that there are now a lot of burners used to burn apartment buildings to blow up land prices. At present, there have been phenomenon of traders, brokers, brokerage advantage of the fire apartment Carina Plaza to “blow up prices” land plots for profiteering.

Mr. Chau advised home buyers, investors should be very vigilant, objective look. According to Le Hoang Chau, the fire of apartment Carina Plaza has impacted the psychology and behavior of consumers, and in fact directly affected the segment of the apartment market with some phenomenon. slowed down in the past 10 days.

However, this impact is only short-term in the next few months, because in the process of urbanization, apartment and apartment development is indispensable global trend as well as our country.

According to Chau, in Singapore about 85% of the population, many European countries, North America about 60-70% of the population living in condominiums, and generally have fire safety, the rate of fire low; The need to choose living in high-rise apartments (high, middle, popular) of the people are very large and increasing over time. In particular, the low-end apartments are in the market, as in 2017, the whole city has only 12,495 houses in the average, accounting for only 29.1% of total apartments launched to the market, while demand for this type of apartment up to several hundred thousand.

After the fire of apartment Carina Plaza, customers and consumers demand and demand higher, more rigorous in terms of utilities and services, especially in terms of safety standards, fire protection for investors Apartment building projects; In the opposite direction, the investor also increases the awareness of responsibility, must ensure the quality of works, utilities, services, especially on safety standards, fire protection apartment to meet the requirements of customers. .

Not only apartment, people need to pay attention to the risk of explosion but also in the city must pay attention. The latest statistics from the FPD show that most of the fires in major cities belong to city houses and business establishments, which account for only a very small percentage.

According to the HCMC Fire Fighting Police report, in 2017, more than 1,000 fires occurred in the city, causing 26 deaths, 44 injuries, and losses of over VND92.5 billion. Colonel Doan Van Chon, deputy director of HCMC Fire Prevention and Fighting Police, said that the fires caused human losses that occurred mainly in households or households combined with production, accounting for 70% .

Especially, the city has many establishments that are in danger of fire and explosion always stalking at any time but not allowed. According to survey and statistics of fire police only in each district, there are more than 100 karaoke, gas, petrol and scrap businesses but no license. Very worrying potential fire or explosion hazards can happen at any time.

Previously, at the conference on fire safety solutions in the apartment by the Thanh Nien Newspaper on April 3, Senior Lieutenant Colonel Nguyen Thanh Huong, the fire department of HCMC Police said to minimize the fire as well as damage. The people should pay attention to the fire prevention and fighting in their places such as: learn more about fire prevention and fighting, participate in training fire fighting, equipment rescue fire mini …

Residents must be responsible for the apartment where they live, should be well-maintained firefighting equipment has been equipped, if any damage must be reported to the three buildings management. In case of fire, people should keep calm, observe where the fire is burning, whether it affects themselves or not.

In cases where fire is not directly threatening to life, people close their doors in the room, then use fireproof tape (only tens of thousands) of wet blankets, wet towels, The smoke goes inside the room, and then calls the rescue force at 114.