How has Thu Thiem land price changed over the past 20 years? 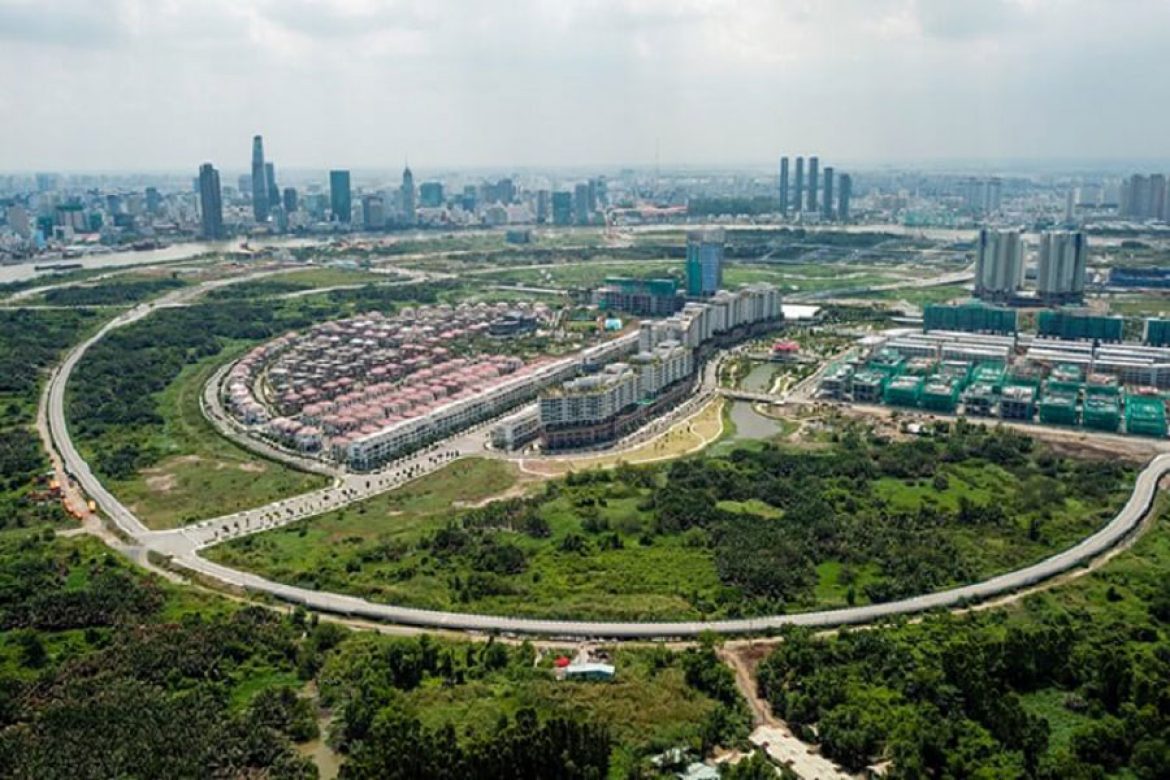 Over the past two decades, Thu Thiem land prices have never been quiet. With displaced people, families who have received compensation for their relocation or resettlement, temporary residence until the time of land grabbing and house keeping, all become witnesses to storms. Real estate prices continue to glide across the peninsula has the most favorable location Saigon.

Thu Thiem urban area is located on Thu Thiem peninsula (District 2, Ho Chi Minh city), opposite District 1 via Saigon River, with a total area of ​​657 hectares. Approved by the government in 1996, the peninsula is expected to become a global financial and commercial hub and is expected to be the most beautiful city in Southeast Asia.

It is planned to have 5 main areas, including central core area, northern residential area, residential area along Mai Chi Tho Boulevard, Eastern residential area and the delta area. To invest in the construction of Thu Thiem new urban area, Ho Chi Minh City took 10 years to clear nearly all of Thu Thiem peninsula, about 15,000 households have moved to make room for this super project. The city has mobilized nearly VND 30,000 billion to pay compensation and resettlement.

This is a stormy period in the process of shaping this urban area. Because of that, the clearance of about 15,000 relocated households along with the resolute cases has dragged on many issues: price consultations, cartography, complaints, grievances, compulsory relocation, resettlement …

In 2003, many people in An Loi Dong ward were informed about agricultural land compensation for VND 150,000 – 200,000 / sqm. Meanwhile, residential land is the lowest compensation of VND 1.95 million per sqm and the highest in the next year about VND 18 million per sqm. Depending on the location and route, the land in Thu Thiem recorded a market price of about VND 25 million /sqm.

In October 2008, the delegation of Ho Chi Minh City’s National Assembly with the presence of the Head of State, President Nguyen Minh Triet met with the District 2. At the meeting, Mr.Triet received series questions by the people about the complaint in Thu Thiem.

At that time, urgent voters said, the compensation price of land in Thu Thiem is too low, many families do not accept this compensation, so have been persistent petition for many years.

In the period of 2009-2018, Thu Thiem land price increased hundreds of times

In September 2015, in a report on Thu Thiem by CBRE Vietnam, the average land price in Thu Thiem, District 2 reached a record high of more than US $ 3,000 per square meter (equivalent to VND68 million per square meter) . In order to access land on this peninsula, the company has to pay the land costs right away, not the land. According to CBRE, the total floor area of ​​the projects in Thu Thiem in the future is about VND5.1 million /sqm.

However, by the end of 2017, according to the report of land price changes in Thu Thiem published by Gachvang Co., the land price of this urban area reached nearly VND170 million per sqm. In particular, the land front of Tran Nao street, An Loi Dong ward, from the cut of Mai Chi Tho street to penetrate this urban heart mid-November recorded VND 169.7 million per sqm. Throughout 2017, the land price of this route fluctuates sharply, reaching a margin of 121.55%.

Although the Thu Thiem peak land prices continue to increase every year, until 9/5, when the National Assembly delegate listened to the opinions of the Thu Thiem people, the pieces of the land price picture in the area. This market continues to appear new incidents.

Voters Le Thi Bach Tuyet said that she had contacted the sales department of a project under construction on Mai Chi Tho Avenue, at her old house, asking for the price and being quoted land at VND 350 million per sqm. Expensive but now it is out of stock, next year there are some apartments for sale at VND 23 billion per unit.

According to statistics of Jones Lang LaSalle (JLL) Vietnam, in May 2018, the price of villas in Thu Thiem urban area averaged $ 8,612 per sqm (equivalent to 396 million VND per m2). Shophouse price ceiling reached $ 9,653 persqm (nearly VND220 million). Particularly large villa area of ​​1.000 sqm is VND 150 billion per unit. Price of shophouse Thu Thiem is being offered for sale about VND70 billion a property.

Although Thu Thiem land prices are constantly increasing, the resettlement area in the heart of this urban landscape with no vacant houses, no auction to buy. Ho Chi Minh City recently held auction of 3,790 resettlement apartments in the program of 12,500 resettlement households for Thu Thiem New Urban Area (District 2) located along Mai Chi Tho Avenue, the most beautiful route this peninsula.

The starting price of all 3,790 units is over VND9,000 billion, or VND2.77 billion per unit. Ho Chi Minh City Property Auction Center said that no one has yet bought any apartments that are being auctioned.