We appreciate some great real estate projects which are expected to be implemented by investors this year.

Marina Bay Thu Thiem Project has nine buildings with 25 floors with a total investment of up to VND 10.000 billion, that Ho Chi Minh City Infrastructure Investment Joint Stock Company. HCM (CII) signs the credit agreement with Bank for Investment and Development of Vietnam (BIDV) for investment and development.

This complex has a total registered capital of nearly $ 1 billion which is located in the heart of District 10 with five tower hotel-office-apartment of 48 floors. The project was previously guaranteed by a local bank but it was stopped due to procedural obstacles. Vinci recently announces that it will implement the project with Berjaya.

The Nexus has a construction scale of three 40-storey towers. A lot of information indicates that Refico will float project which has the good location on this extended Le Loi route. 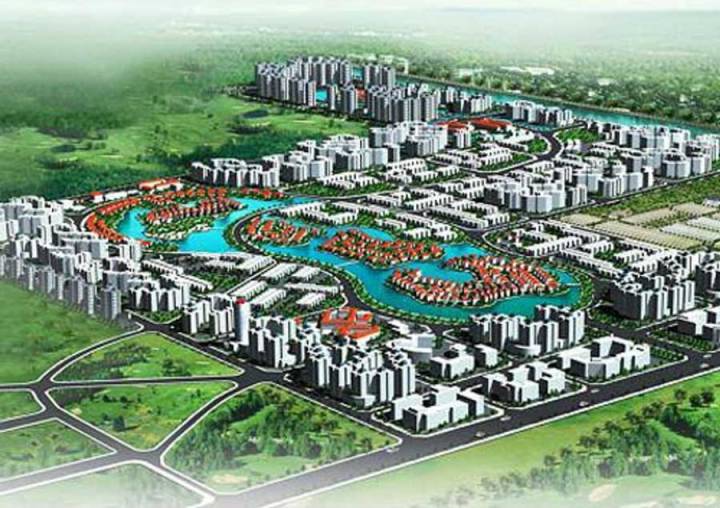 One of the biggest obstacles make the North West urban area and Cu Chi Safari project behind schedule is lack of capital and obstacles clearance procedures. Currently, Vingroup has been approved to invest in the Safari project. With its potential, Vingroup will soon implement the project and complete in the fastest time.

This big project of Bitexco Group. This is a crowded residential area of District 1 so compensation for land clearance needs a huge amount of money. It was that the project was published the long time ago but no having progress. The project is expected to begin implementation this year. This is a 73-storey tower, which is lower than the 86-storey Empire City and the Landmark 81.

The resettlement area of 30.2 hectares in Binh Khanh Ward officially changed its function from resettlement to commercial housing project. The project has the scale of 10 towers with 30-storey which is official of Novaland. This investor has prepared all necessary conditions to announce the project in 2017.

The project of nearly 2 hectares of Sai Gon River frontage in Binh Thanh District was approved for investment. From mid-2016 the project has revealed the perspective which has been implemented by Spark Architects (Singapore). The investor of this project is a leading real estate group in Asia with more than 20 years of operation in Vietnam.

This is one of the largest projects of the Vingroup Group with an area of more than 1,000 hectares which is being invested with more than VND 8,000 billion before the project announced. It is expected that in 2017, the investor will implement the golf course, film studio, shopping center, Vinpearl entertainment area, marina … and officially launched the project.

After the great success of Estella Heights, Palm Heights (Phase 1) and Empire City (Phase 1), the reputable investor from Singapore, Keppel Land is set to launch a new project at the Gateway District 2. This is a completely independent project that Keppel Land invested in itself instead of collaborating with a local business like previous projects. The first apartment products of Saigon Sports City in Rach Chiec will be announced this year.

This is the port area which is built to replace the existing Saigon port and the urban area – Hiep Phuoc port is expected to significantly change the face of urban and economics in the area south of the city. Due to the obstacle of land clearance and incomplete infrastructure, the project is not well known. It is expected that in 2017 this project will be implemented stronger to catch the ‘waves’ of real estate investment in the South.

Urban area project of $ billion is located in the 2nd function area of Thu Thiem which is invested by a joint venture of three leading Asian corporations, Lotte (Korea), Mitsubishi and Toshiba (Japan). Joint Venture investors are ready all resources to implement the project but due to the obstacle of land clearance and procedures to recognize investors, the project can not be implemented. The information from Lotte said that the project will be implemented this year in a clean plot. The part has not been released which will be in the later development stage.

The urban area is previously expected to be a “counterweight” to Phu My Hung urban area which is owned by GS E & C (Korea) Company. It has not been implemented in the past years due to the obstacle high voltage power line of the nation.

This is one of the three largest ports in the center with river frontage, Saigon Port is considered as the last gold land fund to develop into a luxury urban area after the New Saigon Port and the Ba Son Shipyard Has transformed into an urban area before. The investor of this project is Van Thinh Phat Group – a family corporation with strong financial potential.

An Phu Complex is the largest and most beautiful land fund in City Horse – District 2 of Saigon Co.op Investment Development Joint Stock Company (SCID), in cooperation with Geo Investment Joint Stock Company Snail No Va (Novaland). The project has conducted geological exploration in mid-2016 and to the end of the year, the machinery has moved in a lot. Potential will be announced right in the first quarter of the year.

The name of the investor selected for this gold project is Jimiro – Dai Tan Phu. These are two of the most unpopular companies in the domestic and international markets, none of which have been implemented before. According to the press release, Jimiro Construction Company will together with Ssangyong Company create a new tourism symbol of the city in the future in this gold land.

Vingroup Corporation has officially announced the strategy of developing housing in average segment VinCity nationwide to serve the needs of the mass. In Sai Gon, two areas will be present in VinCity projects: District 9 and Binh Chanh. In District 9, Le Seine’s land fund has been leveled and will sell this year with the scale of ten thousand of apartments.

The largest M & A project in the history of the Dat Xanh Group is the purchase of nearly 7 hectares of land in District 2 with a transfer value of more than VND 1 trillion. Dat Xanh will build six 35-storey apartment towers with mid-end product lines, priced at VND30 million / sqm, the most luxurious product of Green Land ever. The project will launch around the second quarter of 2017.

This is a land area of more than 1 hectare with the proposed construction scale of four 48-storey towers. The investor of the project is Chiphua Group. The Parkland 2 is located in An Phu Ward, District 2, just 20 minutes drive from the city center, opposite the most modern metro line in Vietnam. The Parkland 2 is a peaceful oasis with fresh air, quiet space and completely separate from the outside world.