Forecast For The Second Half Of 2017 On Saigon Apartment Market How will the Saigon apartment market in the second half of 2017 change? Please join us to learn and identify the real estate market in Saigon at the end of 2017.

Vietnam now has more and more new construction, moreover, overseas Vietnamese (Viet Kieu) and foreigners are allowed to own, sell or transfer their properties thanks to the Housing Law and the Law on Real Estate Business (effective July 1st, 2015). As a result, those advantages makes real estate market in Vietnam is sizzling hot.

In accordance with Vietnam’s urban plan to 2025 with a vision to 2050, the urban population will reach 45% by 2020. For the reason that the country is entering a period of urban transformation on a large scale, large cities, for instance, Ho Chi Minh City should prepare to absorb booming housing demand from the growing number of immigrants. Apartments in recent years have been one of the preferred types of urban dwellings, and it is predicted that this trend will continue to grow due to rising housing demand. The above conditions provide apartments in Saigon significant opportunity to benefit apartment sector.

Apartment selling prices in 2016 were 26.7 million m2 on average, price improvement has been arising in all segments, but the most striking is the middle-end segment. In 2015, the segment of luxury apartments accounted for around 40% of total units sold in the primary market, meanwhile, in 2016, the difference in supply between segments was approaching proper level. Accordingly, the number of mid-end projects soared accounted for 50% of total supply, whereas the high-end segment accounts for 27% and the low-end segment for 23%.

In the past year, there was no large-scale project like in 2015 being offered in the market, however, the number of projects was slightly made up. Among those projects, there are projects which provide low-end and middle-end apartments developed in non-central districts. The involvement of those projects makes the supply in the market plentiful, which certainly creates competition among investors in project consumption.

In terms of location, the eastern and southern regions continue to be the main supplies for apartments in Saigon where the eastern region is on a trend rising faster than the southern region due to the improvements on infrastructure such as Metro No. 1, Hanoi highway broaden, Ho Chi Minh City-Long Thanh-Dầu Giây expressway. In addition, western regions have recently been emerging with significant supply from middle-end and low-end projects. With the advantage of land fund which has not been used, this area is expected to continue to develop in the coming time, especially when infrastructure of the region is improved.

The information on the latest quarters such as the quarter 4 of 2016, the quarter 1 of 2017 and the quarter 2 of 2017 are critical to foresee the trend of the market for transactions in the coming time.

In quarter 4 of 2016, 9,700 was a rise in number of apartments in Saigon launched for sale coming from 29 projects, up 51% over the previous quarter and rose by 53% over the same last year period. Year-end is always the golden time for real estate transactions, therefore, apartment provision in quarter 4 of 2016 increased rapidly. Investors launched more projects with flexible sales campaigns whereas banks offer a variety of financial solutions to attract customers. That combination made the market more active and transactions increased at the end of the year 2016.

In Quarter 1 of 2017, there were more than 6,000 successful transactions for apartments in Saigon, 50% lower than that of the previous quarter. New supply decreased significantly in total supply with nearly 7,130 units, which limited the number of apartments in Saigon sold. The mid-end segment dominated the market in terms of sales number with occupancy rate of 71% in 4,300 units. In the primary market, selling prices continued to increase 5% quarter on quarter because newly launched apartments in Saigon offered higher prices than the average market. Prices of premium segment increased the most with 7% quarter on quarter. 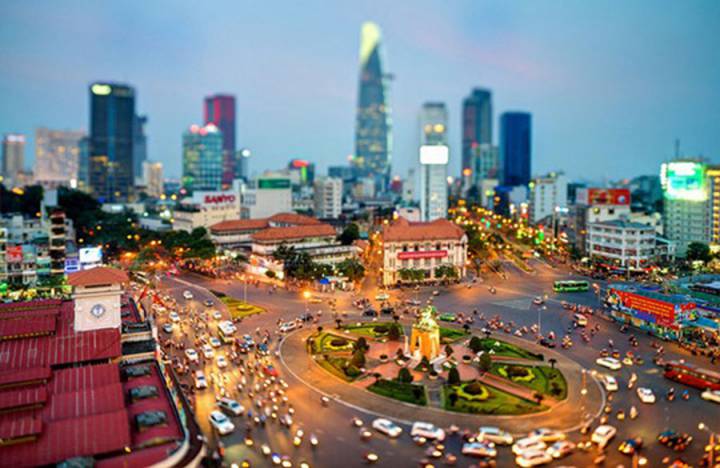 The impressive return of the luxury segment has shifted the supply curve, depending on that, the consumption of the market increased in comparison with the quarter 1 of 2017, according to a representative from DKRA. Accordingly, the high-end apartment segment’s occupancy rate reached 87% and accounted for 36% of the total apartment market, leading to the quarter’s occupancy rate higher than that of the previous quarter. In a similar way, Quarter 2’s high-end apartment supply also increased significantly by 29% versus 12% of the first quarter, especially in the Eastern region. In general, the supply of apartments was higher than that of Quarter 1.

Supply of low-end segment stays plentiful with 3,855 units, accounting for about 41% of the total supply of apartments in the market, creating opportunities for many customers who have demand for living houses at reasonable prices. Noticeably, the market started to diversify by reputable investors’ projects which offered reasonable prices, full facilities, and had quite impressive sales.

The high-end apartment segment in quarter 1 of 2017 cooled down, but quarter 2 of 2017 marks the impressive return of this segment, according to CBRE Vietnam. This quarter, the premium segment has approximately 2,697 units sold to the market and consumption rate of 87% to about 2,359 units, accounting for 36% of the total consumption of the apartment market.

In terms of consumption by regions, the East has still been hot and is always buyer’s first choice when the segment occupancy rate is up to 92%. This shows that both buyers and investors are still very much expecting growth in this area.

Market forecasts for the second half of 2017

Unless there is any change in the financial policy that is strong enough to impact the market, consumption in the second half is also optimistic and would be as good as the first half of 2017. The Eastern region with a number of startup projects, especially high end projects, will continue to be the target for buyers.