In 2016, the infrastructure system was kicked off in Ho Chi Minh City which is quite small, most of which are small-scale projects. In addition, projects in the field of cultural entertainment such as stadiums, theaters, sporting event hall or exhibition areas have not been started.

Some of the major projects that have been implemented in 2016 include:

Commencing construction of Bason metro station, Ben Thanh, package 1a construction of underground metro from Ben Thanh central station to City Theater station. Two metro lines are the 2nd line (Ben Thanh – Tham Luong) and the 5th line in phase 1 (Bay Hien cross – Saigon bridge), although they have full of capital, the project can not start due to the obstacle of procedures and premises.

The center has three office buildings over 120m which have been completed such as: German House, Pearl Plaza and Saigon Center 2 & 3, while Saigon One Tower has not yet “revived”, the Spirit of Saigon has not yet emerged from the ground “Eco Smart City reduced its scale to $ 930 million, Kenton Residence and Petro Landmark District 2 silently revived.

The most prominent feature of the real estate market is certainly the $ 6 billion Saigon Peninsula project of Van Thinh Phat Group. In addition, this is the year that Van Thinh Phat deployed and acquired a number of projects such as Sai Gon Port, Saigon One Tower, Nguyen Hue Hotel, Thuan Kieu Plaza, Golden Hill …

In addition, Khaisilk surprisingly launched two super-products which are The Khai and The Prince, Phu My Hung building in 2nd phase The Crescent Mall. 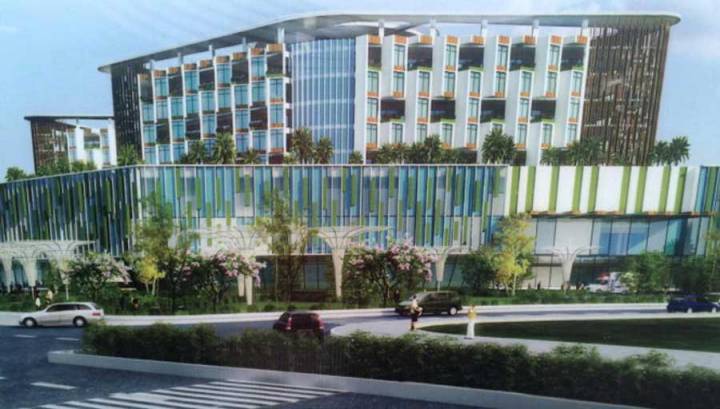 Launching Hospital Oncology 2, 175 Military Hospital, Hospital District 2 and opening Vinmec Hospital. Meanwhile, Children’s Hospital 3 has not yet operated, and other hospitals such as Cho Ray 2, District 7 new hospital, Saigon General Hospital has not been able to start because of many reasons.

You are reading the article “Looking Back On The Project Which Kicked Off And Restarted In Ho Chi Minh City In 2016” in the section “Real Estate” on the website: https://realestatevietnam.com.vn/
All information sharing, feedback please email to info@realestatevietnam.com.vn, Hotline 0909 890 897 (24/7).
Thank you!