The strong development of waterway travel, especially waterway buses in recent years, is causing many real estate projects in HCM City to attract investors and buyers to live there. Including the outstanding projects such as Diamond Island, Vinhomes Central Park, Master Thao Dien …

With a total investment capital of VND 128 billion, two waterway routes will be formally inaugurated by the HCM City People’s Committee from June 2017, extending from District 1 to Thu Duc and District 8. Following the inclusion Utilized, these two waterway buses essentially share a heavy burden for road traffic and promote the growth of the waterway tourism sector in HCMC. It is expected that if the stopover is included, it will take only 30 minutes for the waterway bus to complete the route. This time frame is thought to be only two-thirds of the bus time on the same line.

In addition, Ho Chi Minh City has planned to expand further waterway bus routes into districts such as District 2, District 9, District 12, Phu Nhuan District … Combined with bus routes Buses will be beautiful riverside urban buildings and worth living no less than other countries in the region.

A series of projects welcome the trend of developing water tourism

If before the real estate projects in the crowded center are attracted by customers and investors are welcome, in just two years, the riverside urban projects become one of the pepper. Even the first choice of investors as well as home buyers. This can be explained that because apart from the meaning of Feng Shui fortune, riverside projects also bring a calm living space with full high-level facilities, help balance life and renewable energy For residents.

Currently, Ho Chi Minh City is also promoting investment in the construction of harbors, dredging rivers, planning waterway routes … Especially, the policy of investment budget up to VND 11,000 billion to develop roads Waterway at 7 river routes in Ho Chi Minh City contributes to reducing the burden of road congestion while developing more on waterway travel. This will certainly be a good premise for real estate in the developed riverine areas.

According to Vietnam Real Estate analysis, riverside land bank in Ho Chi Minh City is not much and constantly rising prices, the trend of waterway travel is also expected to spread to the adjacent markets not only the central district. Therefore, investment in real estate projects located along the river is quite potential, especially investment in the long term.

For readers to have a complete view of the benefits of cruise tourism, We points to nine of the most outstanding projects with the advantage of having riverbeds running alongside the project, helping the residents to be easy access by waterway to downtown Ho Chi Minh City. 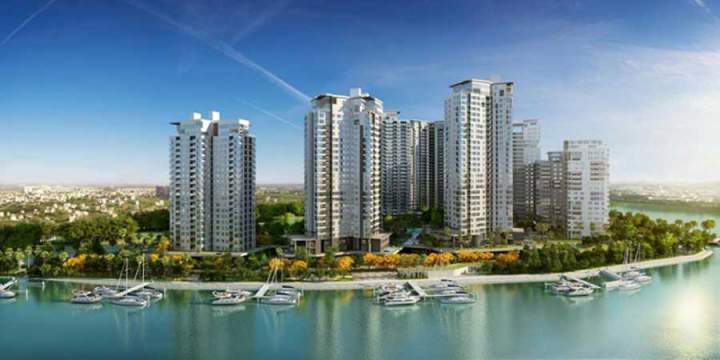 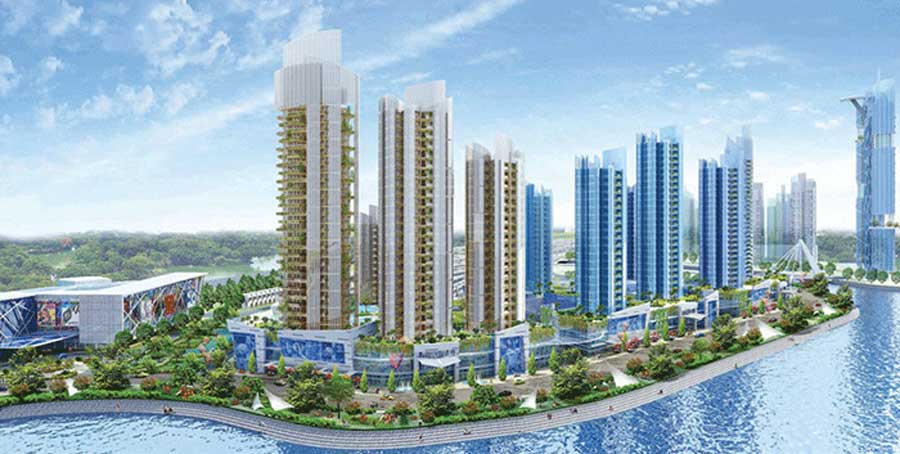 The Palm City project (District 2) has the idea of a modern riverside urban area with a total area of 30.2ha stretching along Giong Ong To River and Muong Kinh River in District 2. 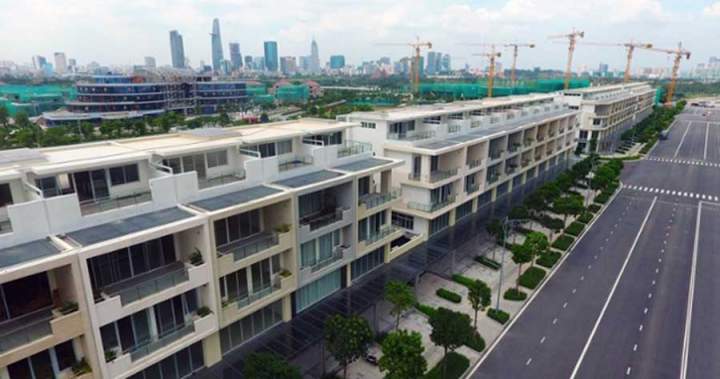 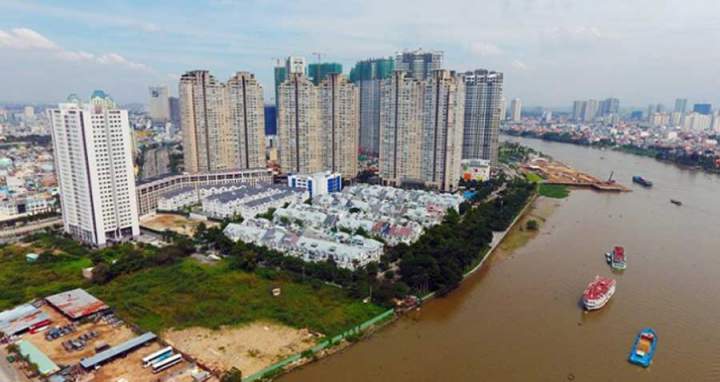 Saigon Pearl (Binh Thanh District) is a large project located along the Saigon River between Thu Thiem Bridge and Saigon Bridge built on an area of 10.37 hectares with 5-star standard. 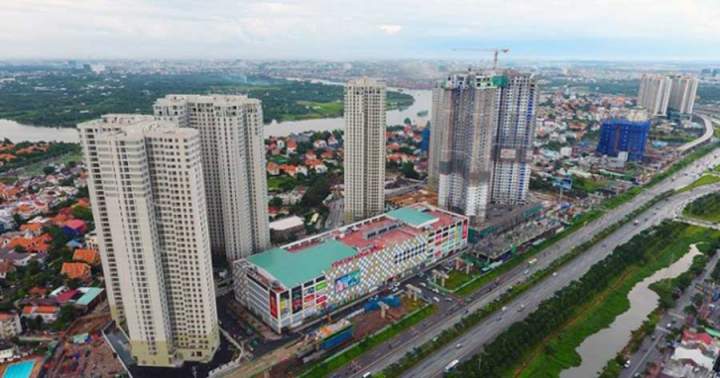 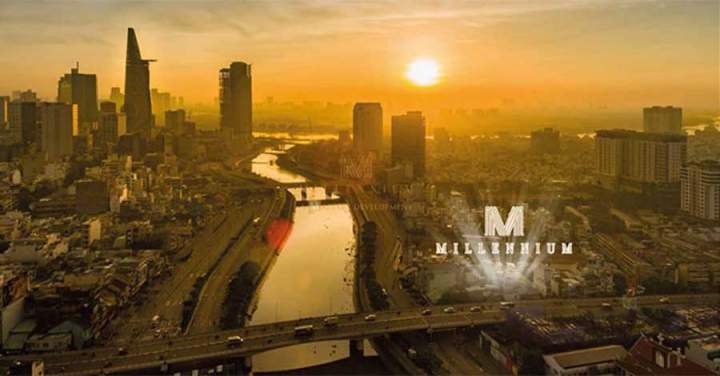 The Masteri Millennium project (District 4) is in an advantageous position when it is located on a stretch of riverbank, only one canal from District 1 center. 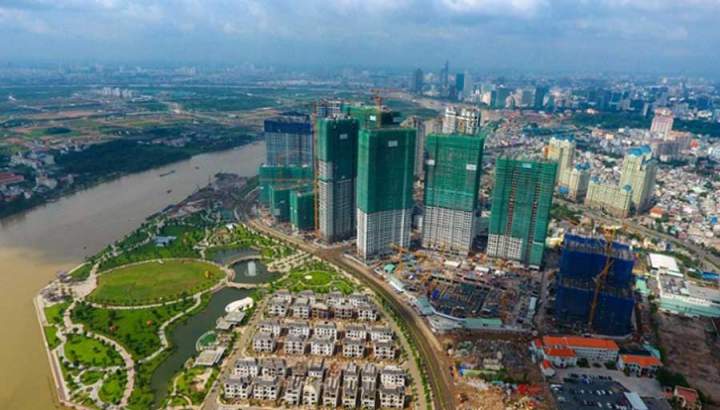 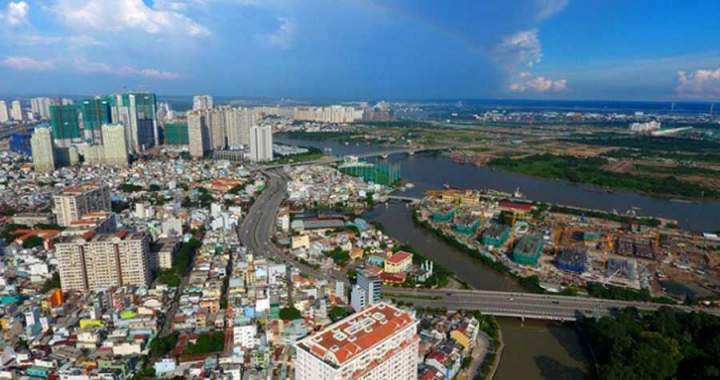 About 1km from the Tan Cang Port, the Vinhomes Ba Son project, with its frontage along the Saigon River, has a diverse network of roads, subways and waterways.

You are reading the article “9 Apartment Project “Follow” The Waterway Bus” in the section
“Real Estate Investment” on the website: https://realestatevietnam.com.vn/.
All information sharing, feedback please email to info@realestatevietnam.com.vn, Hotline 0909 890 897
(24/7).
Thank you for visiting our website!